How to Setup an Allowlist (Whitelist) in Minecraft: Bedrock Edition Servers

Minecraft has an alternative system to setting a password for servers. The game developer, Mojang, chose to use an Allowlist system. It only allows the players you want to be able to join your server.

The first step is to enable your server to use an Allowlist. You can do so in either the Nodecraft Panel or in the server.properties file.

To enable the Allowlist in the Nodcraft Panel, navigate to the "Game Settings" page on the left-hand side, and then to the "Player Settings" tab near the top. Checkmark the "Allowlist" setting and press the Save button. 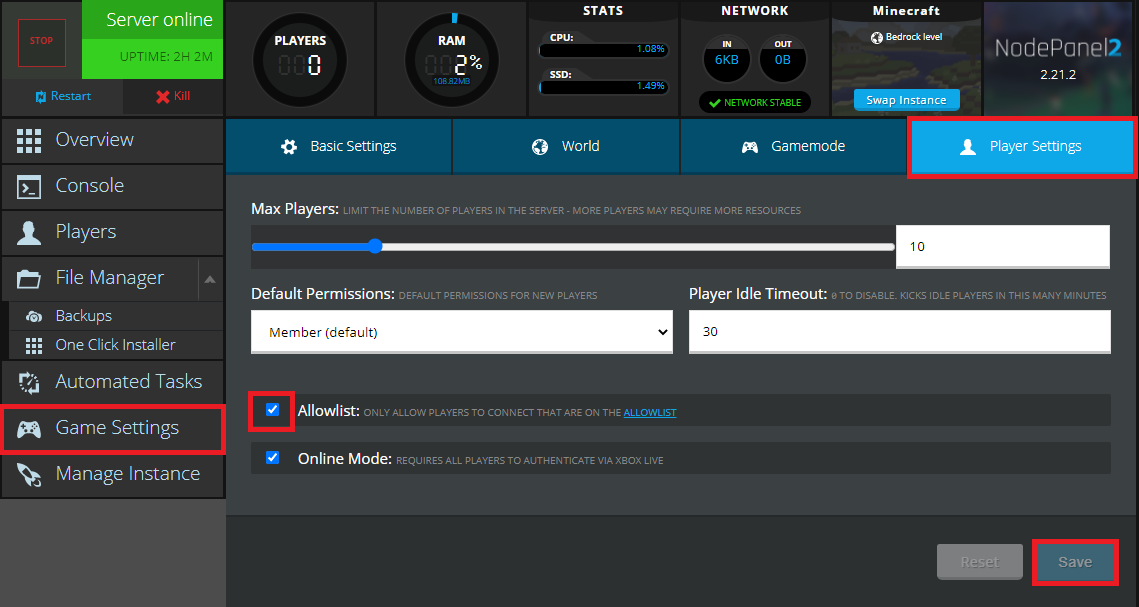 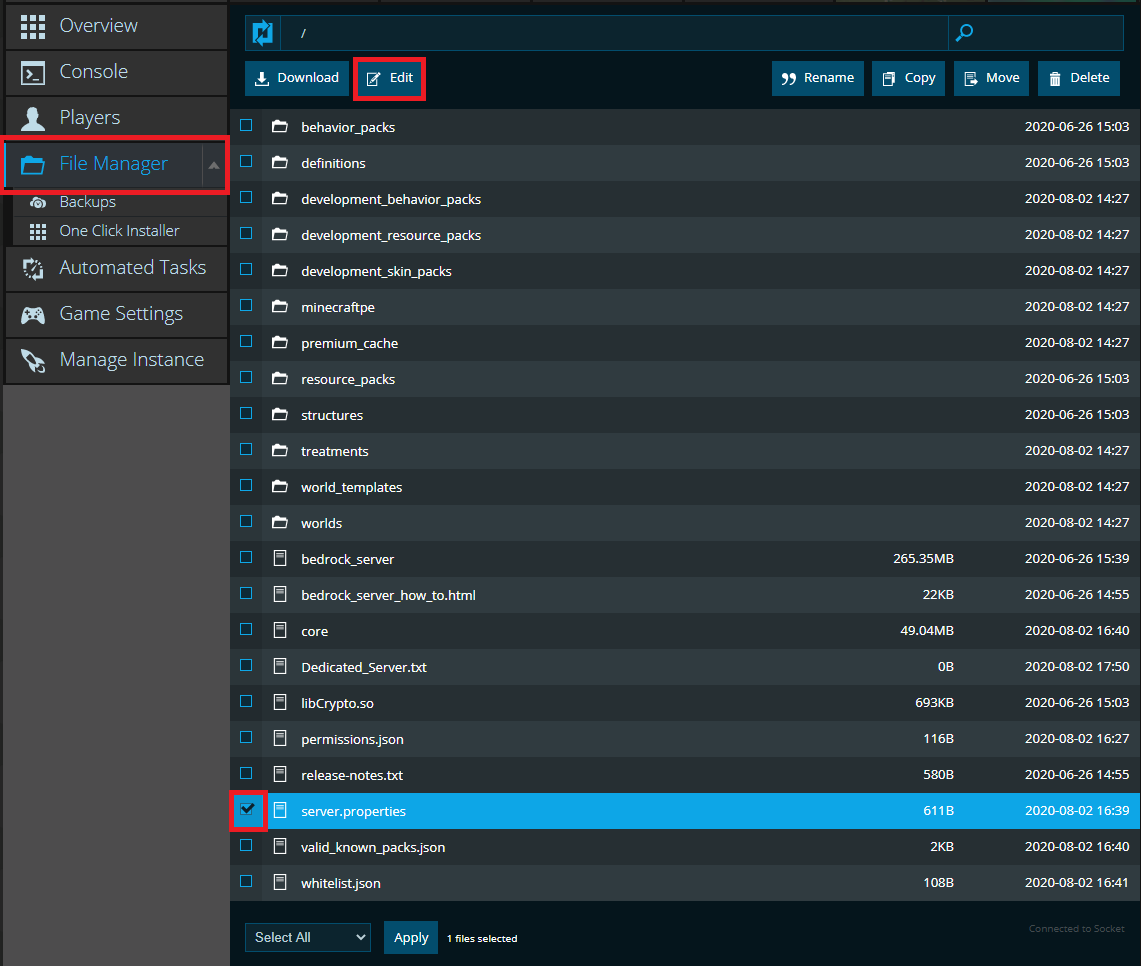 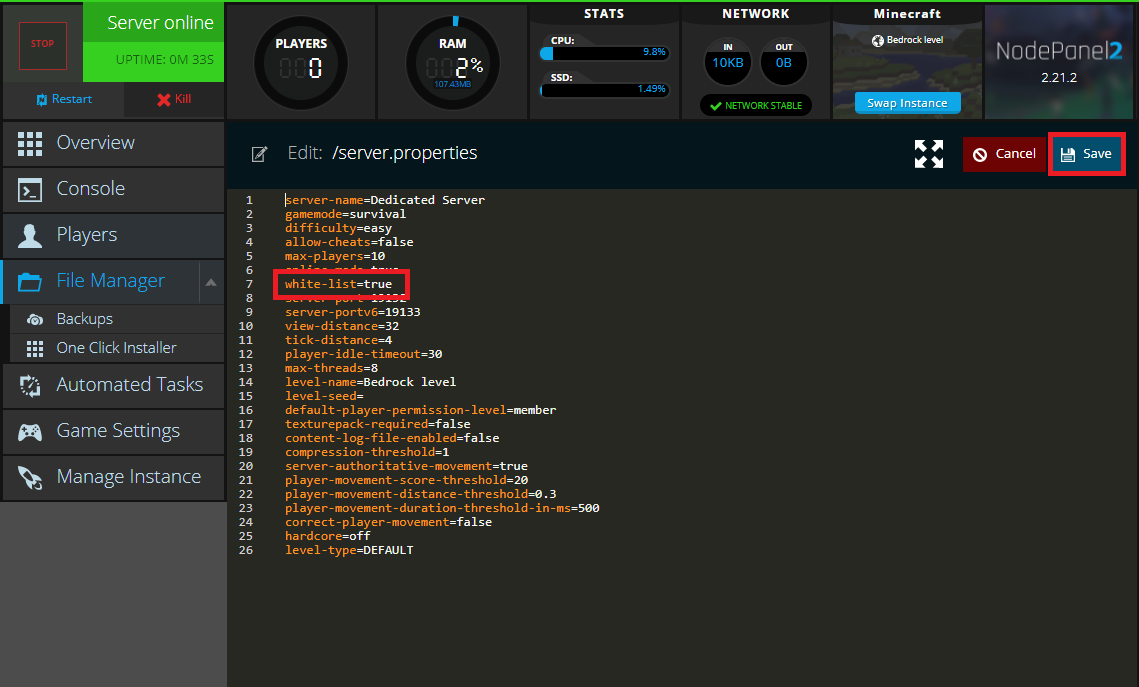 Now that you've enabled the Allowlist, the next step is adding players to the Allowlist to let them be able to join your server. There's 3 methods to do so: the Nodecraft Panel, in the Console of the server, and through in-game commands as an OP'd player.

Navigate to the "Players" page on the left-hand side of the Nodecraft Panel, then the "Allowlist" tab near the top. Using the searchbar, locate players based on their player name and hit the Save button.

You can also add players to the Allowlist via the server's Console or using in-game commands.

/whitelist add <targets> adds a player to the Allowlist.

/whitelist remove <targets> removes a player from the Allowlist.

/whitelist reload refreshes the Allowlist if there's been any changes made to it.

When using the web-based console, be sure to drop the / from the start of the command 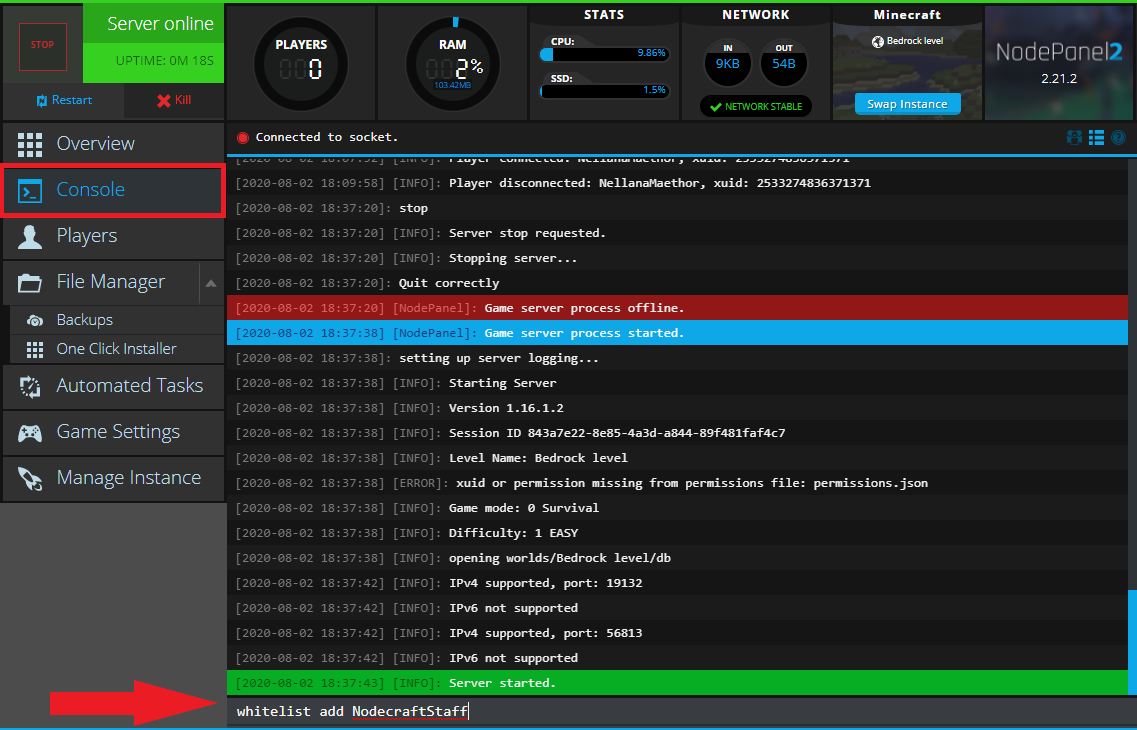 You can view the complete list of players added to the Allowlist on the "Players" page and under the "Allowlist' tab, as well as in the whitelist.json file in your File Manager. 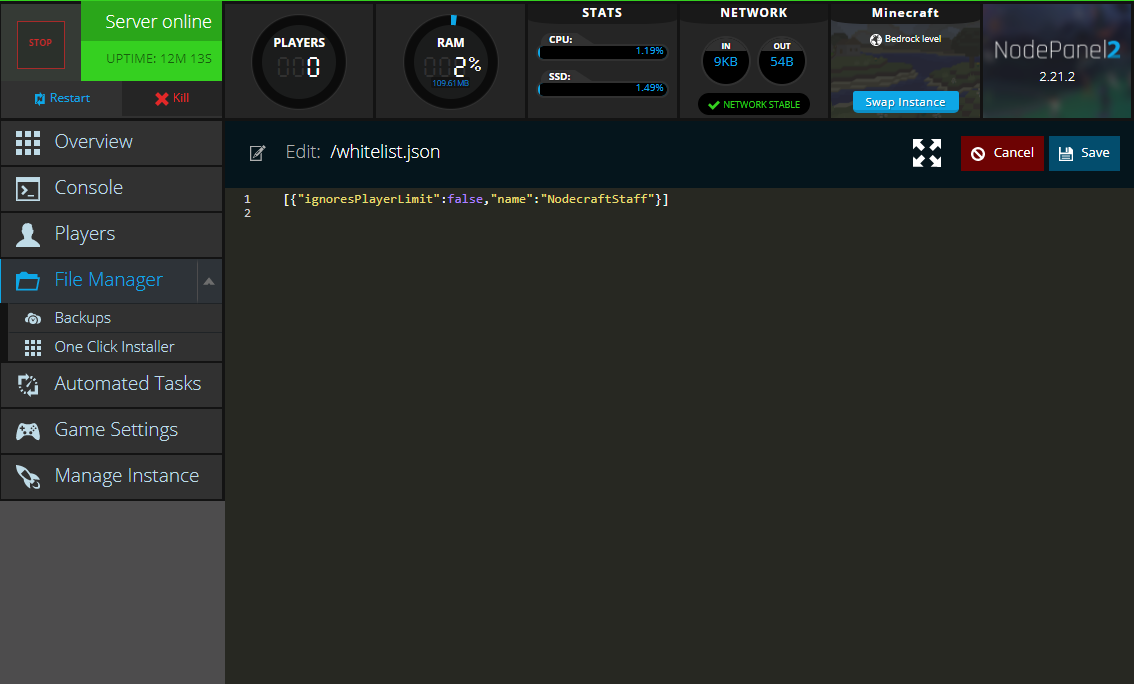 Remember to Restart your server after making significant changes!

Create a Minecraft: Bedrock Edition Server today! Save & Swap to any other game, for no additional cost.
Start Free Trial