Allowing Crossplay with Players from the Epic Games Version of ARK: Survival Evolved

The Epic Game store now offers the game ARK: Survival Evolved, which had previously only been available on the Steam platform. To support cross-play between both the Steam and Epic version of the game, it will require adding a special startup argument to the server settings. This will allow players who are using the Epic Games version of ARK: Survival Evolved to join a server and play together.

Within the control panel here at Nodecraft, we provide an easy way of enabling crossplay between Steam and Epic Games users.

Click on the Game Settings section on the left hand side of your Panel. You'll be in the default Basic Settings tab near the top. Scroll down to the bottom and you'll see the Crossplay dropdown menu where you can choose which launcher you want use with your server. 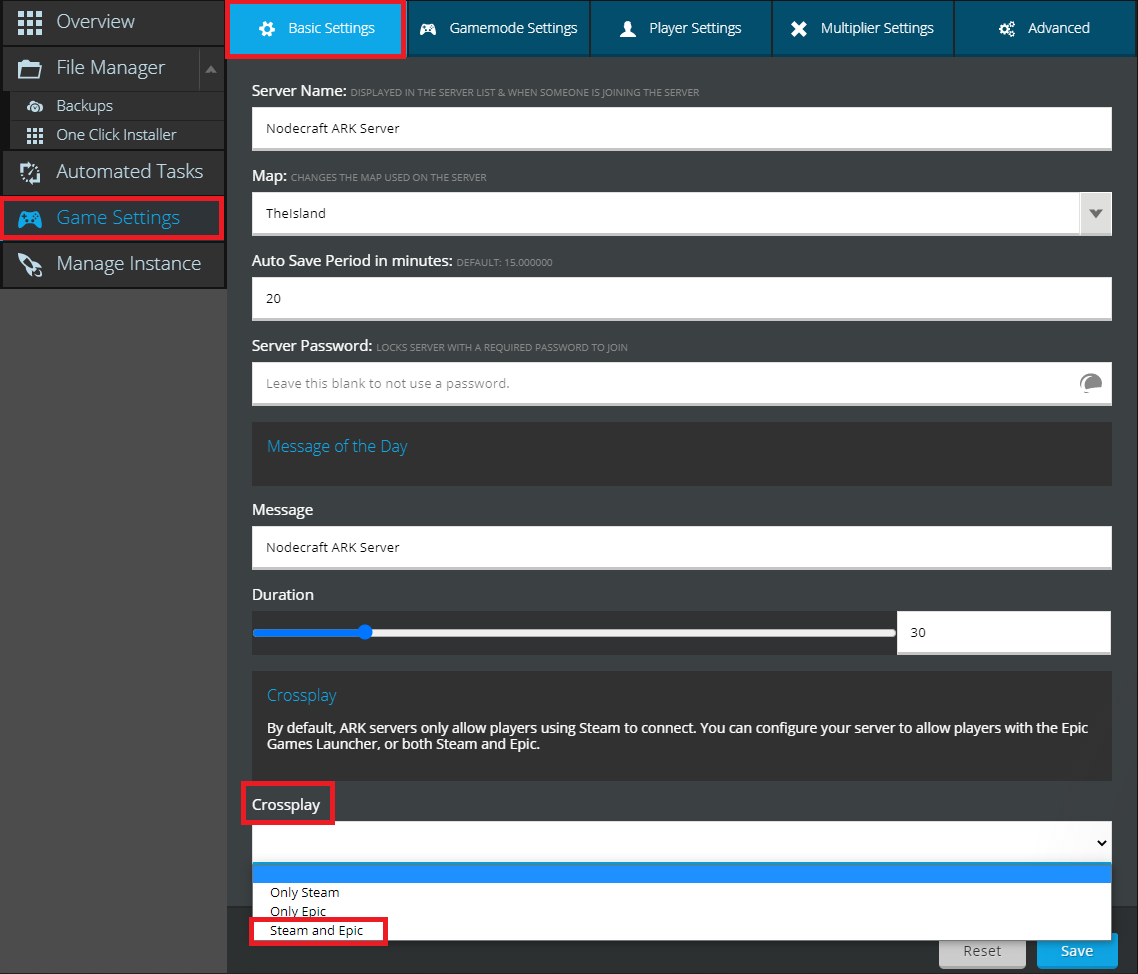 Be sure to Save your changes and then issue a server restart for the changes to apply.

If you don't have access to our NodePanel, you'll need to enable crossplay with a startup argument. You can add startup arguments within NodePanel as well if you wish to use this method instead.

To add the argument to your server that enables crossplay, click on the Game Settings section of the Nodecraft control panel. Then click on the Advanced tab across the top of this section. 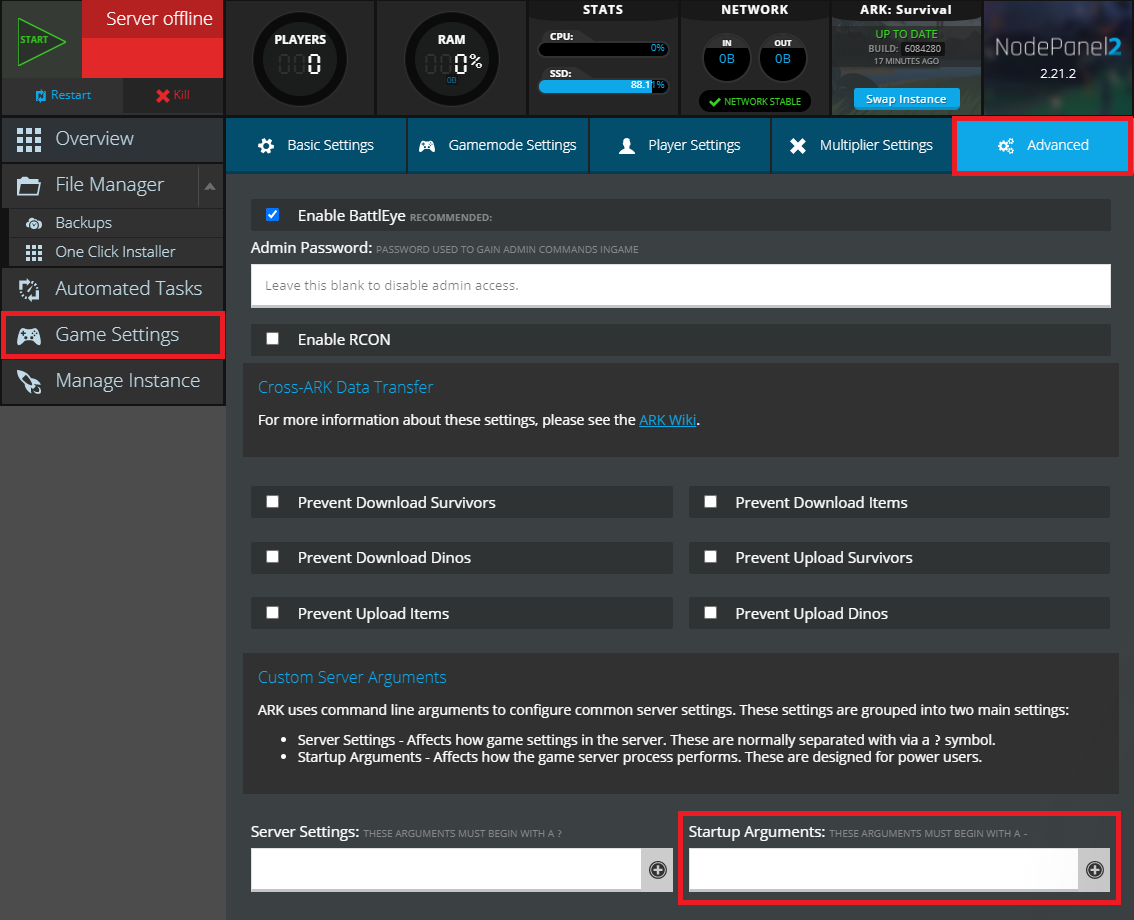 In the box labeled "Startup Arguments", enter the following setting:

Save the settings by scrolling all the way down to the bottom of that Game Settings page, and clicking the blue "Save" button. Then restart the server for that setting to go into effect.

Restricting the Server to Epic Games Launcher Only

There is also an additional setting of -epiconly. This setting restricts an ARK: Survival Evolved server to only allow connections from players using the Epic Games launcher and will prevent players on the Steam platform from joining.

Simply add the following setting to the "Startup Arguments" box: