ULX is an admin mod for Garry's Mod that allows you to have greater control over who is playing on your Garry's Mod server. ULX offers server admins an AMXX-style support, allowing multiple admins with different access levels on the same server.

It features commands from basic kick, ban, and slay to fancier commands such as blind, freeze, voting, and more. ULX is developed by Ulysses, and you can find more information about ULX and their company at http://ulyssesmod.net. They also have forums at http://forums.ulyssesmod.net.

ULX requires that you also install ULib, which is a set of common library files that ULX will need to work correctly.

You can install ULX and ULib two ways:

The only real major difference between the two methods is that the Steam workshop will download ULX and Ulib as single monolithic files, stored in a format used by Steam to make updating them easier. You will not be able to easily access things like the configuration files of ULX, or other any other files and directories used by them.

Almost all, but the most advanced, configuration setups can be done directly in an admin GUI that will pop up when running ULX, so direct access to the files isn't necessary most of the time.

If you do want to access the files, then we would suggest manually installing ULX and ULib.

Testing to Make Sure the Install is Working Correctly

When you connect to a Garry's Mod server running ULX, you will see a screen similar to the one shown below, which displays the Message of the Day(MOTD) screen. The information displayed on this welcome screen can all be custom configured and changed. 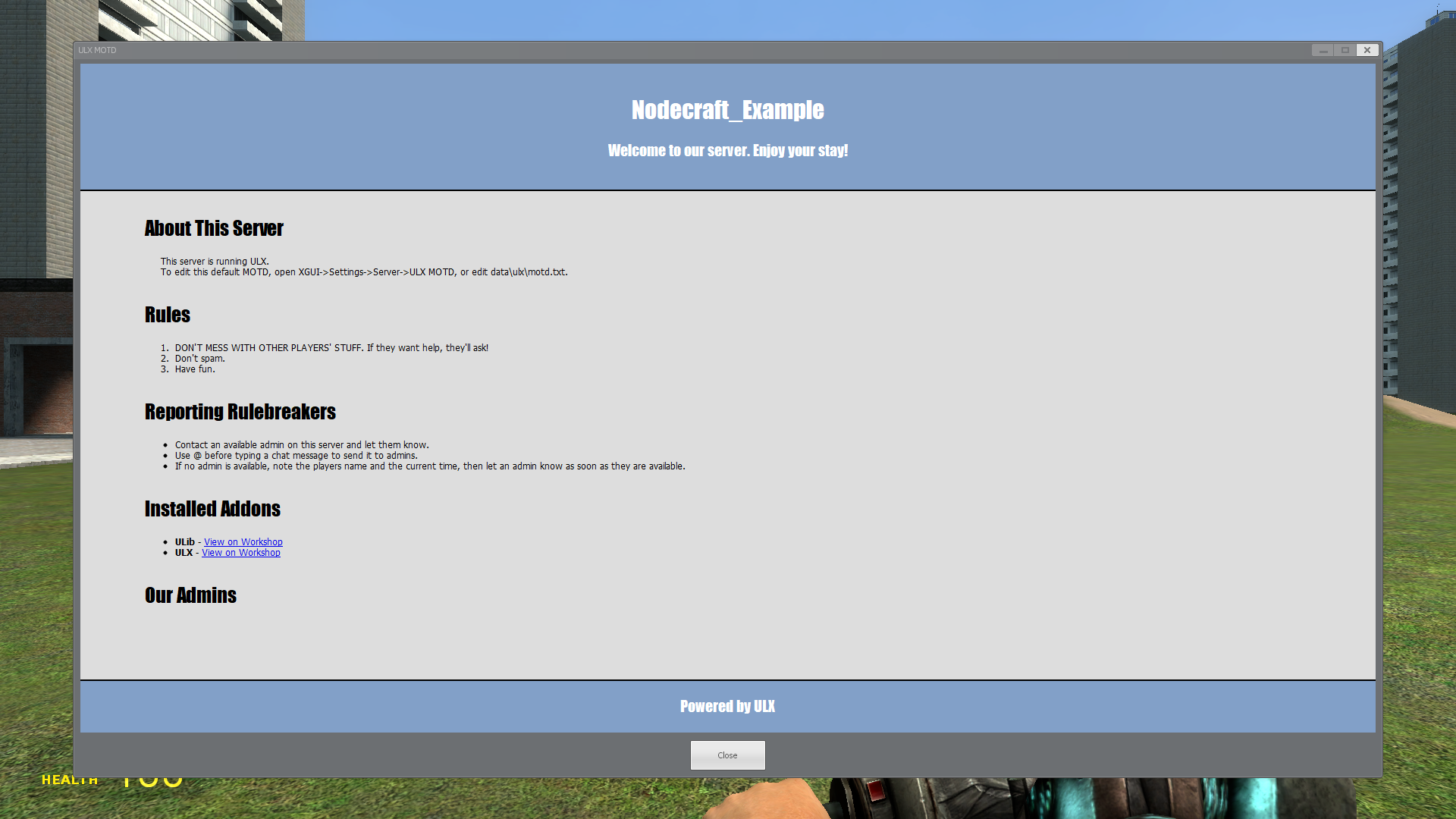 ULX offers a wider variety of commands for player management, and controlling disruptive players on your server. The following sections show you how to enter the commands, what they need to be told to work correctly, and then lists all the actual commands.

ULX commands can be entered two ways; by entering them in the Nodecraft game server control panel console window, or directly into the in-game chat in Garry's Mod (as long as you are an admin).

There are slightly different formats depending on which way the command is entered.

If the commands aren't given the correct targets and arguments, many of them cannot work correctly. Some commands do have default values it will use for arguments if you don't specifically state them, but some of those defaults can have side effects.

For example, the jail command which sends a disruptive player to "timeout," has the default time length of "forever." Yep, if you don't state how many seconds you want them to stay in jail, it just leaves them there permanently.

For many ULX commands to work correctly, they need to be told who the command is affecting. Who are you sending to jail?

This is done by following the command with a "Target," which can be a player name on the Garry's Mod server, Steam64ID, or in some commands, the user's IP address.

There is a list of shortcut characters you can use in the targeting, that can also save time, allowing you to have a single command affect a whole group, multiple people, etc.

ulx slap #user slaps all players who are in the default guest access group. ulx jail ^ would send yourself to jail. Hilarious.

In the tables below that cover the specific commands, there are columns for the "arguments." Some commands cannot work correctly without some information being passed to them.

Some commands have default arguments, like the ulx jail command has the default length of zero, and zero means the user sent to jail stays there forever. If you really intended to give a player a five minute timeout (which would have been "300" seconds), and forgot to set that argument to 300, well, woops, they're never getting out of jail.

This complete list of commands can be printed out in the console at any time by using the command ulx help.

Typing the command without the target or the arguments will show the current settings in the console.

These settings can also be edited in /garrysmod/data/ulx/config.txt

Viewing and Editing your ULX settings

To find your ULX settings go to /garrysmod/data in your server file manager. 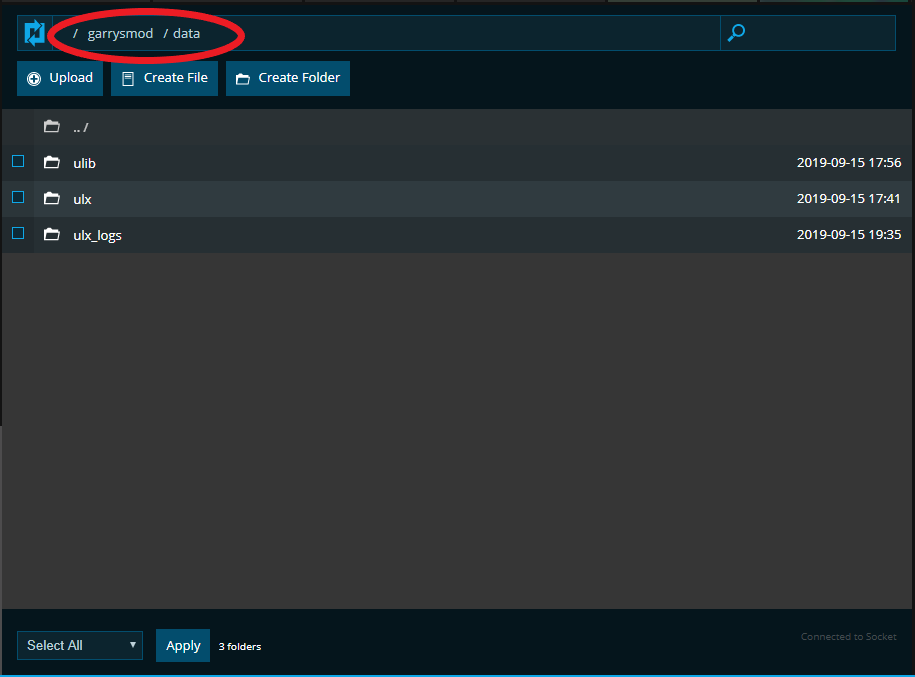 All of the .txt file can be edited to change their settings. Each file also includes more specific descriptions of how to edit them.

The ulx_logs folder contains any stored logs. The log commands in the Config Category given above will store them here.

Create your serverStart Free trial Create your Garry's Mod Server today! Save & Swap to any other game, for no additional cost.
Chat blocked!