Invent and build anything you can imagine, lag-free with your friends. Nodecraft is here to give you affordable access to the best GMod server hosting service out there, with none of the hassle. And with our new NodePanel 2 interface, it’s easier than ever to get your server started!

Your Garry's Mod hosting setup is instant with our Mobile-Friendly Panel!

With our unique panel, your GMod dedicated server will be installed in seconds. NodePanel lets you easily set up your server, control your settings, and make configuration changes. Our server hosting system is simple enough for anyone to start and manage a server, but performs with the stability and speed to satisfy the most experienced gamer.

Plus, with our streamlined app you can easily manage your GMod dedicated server from your phone. Download the Nodecraft Mobile App here:

Mod support is soon to come for our top-tier servers! Soon, you'll be able to choose what Garry's Mod modifications you want directly on our panel, and get your custom modded server live in seconds.

Create your serverStart Free trial Create your own Garry's Mod Server today! Save & Swap to any other game, for no additional cost.

We're dedicated to your experience. Nobody has time for laggy game servers 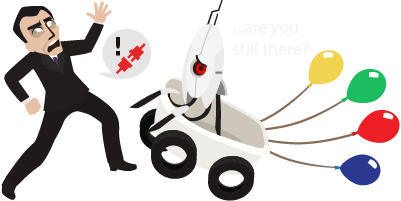 We're gamers too, and we know that nothing is more frustrating than laggy, crashing servers. Unlike other GMod server hosting providers, we make sure not to overburden our servers-- that means we maintain an average of only 12 customers per device. This allows your server to access more CPU cores, disk IOs, and RAM. More power per user means your server will have protection against the common headaches of lag and crashes.

Spawn a Garry's Mod server near you. Our DDoS protected network provides our customers with low latency and 99.9% uptime.

If you have questions or problems with your server, our support staff will answer within minutes!

On average, we respond to your conversations within 5 minutes and resolve your problems within an hour. Our support staff is available from 11.30am to 8pm (CST) every day!

You get the most value for your money with Nodecraft!

Our pricing starts at an affordable $9.98 per month for your Garry's Mod server hosting.

But you play other games too, right? So do we. That's why we created a system that allows you to save your progress and freely swap to host a different game, at no additional cost.

So what if you have a burning need for some Rust with your friends for a day, then you want to switch back to Garry's Mod tomorrow? Great, do it! Don’t stress about racking up fees for swapping back and forth, because there aren’t any. Save your GMod instance, and then load your Rust instance to your server. Nodecraft gives you more freedom and the best service, at the same affordable price as always.

So come check out our servers! Sign up for your GMod server hosting plan now with our risk-free 7 day money back guarantee.

You can swap your Garry's Mod Server to any of these games, for free:

"I have been a Nodecraft member for more than two years, and I have never encountered any problems. I run a modded server with 200+ mods on the blackhole service, and the service is smooth with negligible latency. The staff is very friendly and extremely helpful. James Ross, the operations manager, is extraordinary and a true asset to Nodecraft Hosting L.L.C. For the friendly staff alone it is worth the money, and they have services starting at $10 a month. I can not recommend them enough!"

"The user interface on the website is extremely easy to use while still being complex enough to get creative. Almost every question I've had was already answered in the Knowledge Base."

"really easy and intuitive service. easy to use and good customer support."

"I've never had an issue with their service and it works just as stated. It gives my friends and I access to different mods that are easily set up and eliminates the headaches of setting them up myself."

Garry's Mod is a physics sandbox. There aren't any predefined aims or goals. We give you the tools and leave you to play.

Garry's Mod, commonly referred to as GMod, was built as a modified version of Valve's Source engine by Garry Newman. It is a multiplayer sandbox game that lets you play with game physics, skew character models, and more.