Occasionally, when loading missions in Insurgency: Sandstorm there is a bug that occurs where you will not see any class selection screen (and no loudout selection screen that would follow it).

You will see the map for the mission appear, but there will be nothing on the left side of the screen where you would normally pick your class and loadout, like the screenshot below: 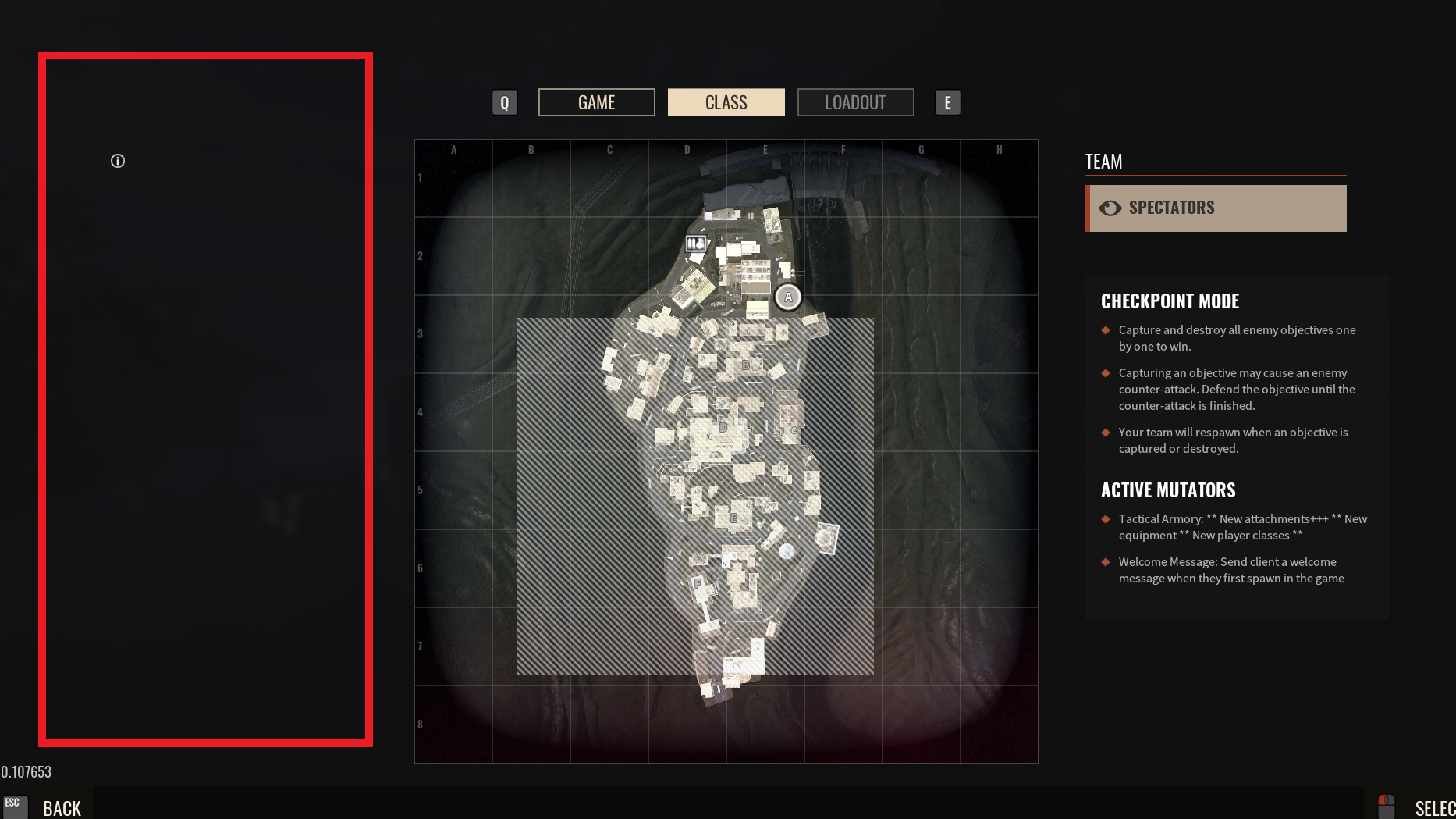 One easy way to fix this is to quickly open the "Console" window in-game, and enter the command "reconnect".

You can open the "console" by pressing the tilde key ~, which is usually directly above the "Tab" key on most keyboards. When you press tilde, it opens a small bar at the bottom of the screen, with a prompt of 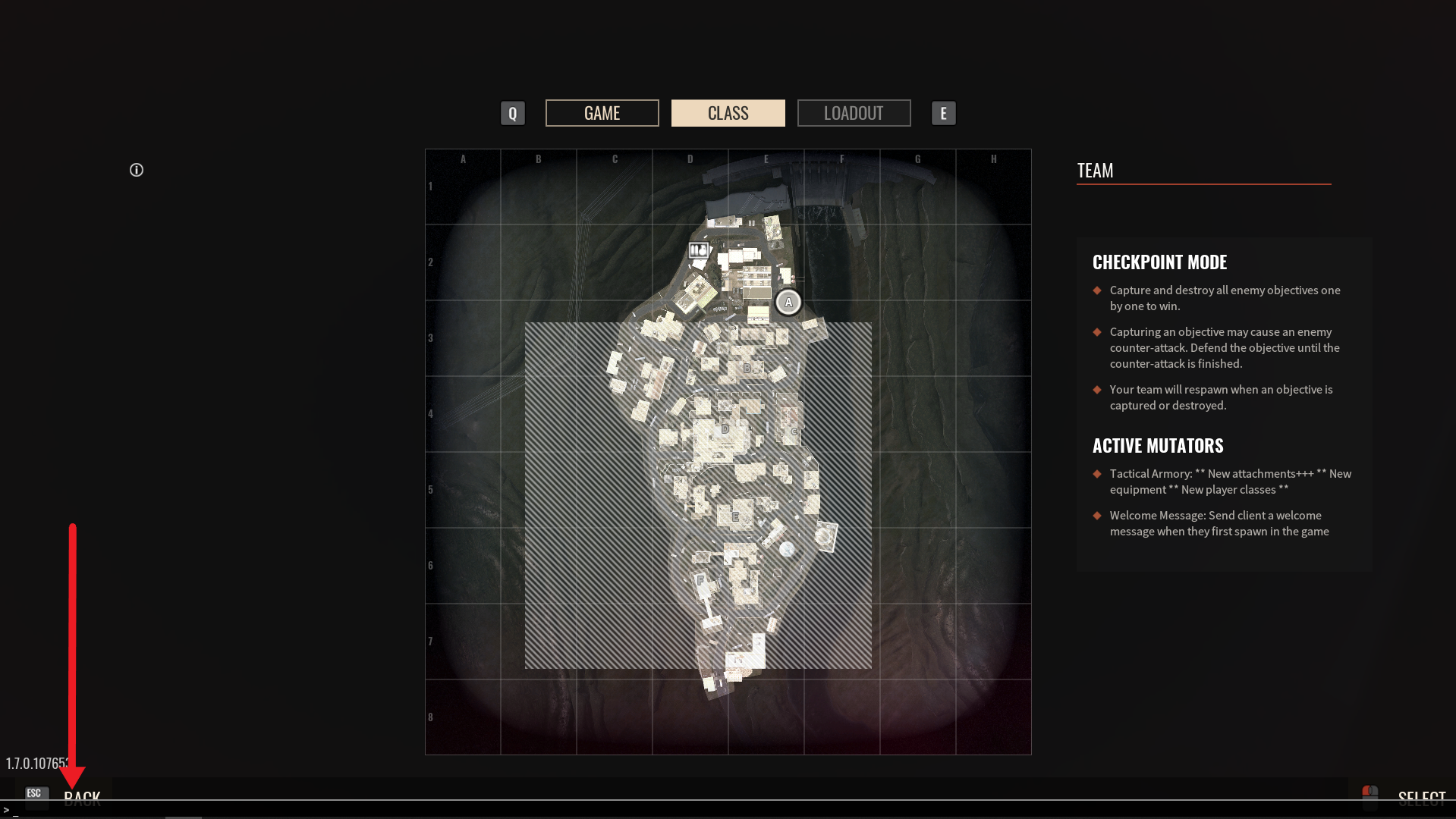 It's a little hard to see sometimes, but if you press the same tilde key again, it switches to a much bigger view that covers the top portion of the screen, like below.

If you press tilde a third time, it closes the console window (or you can press the Esc key too).

Reconnect to resolve the issue

A common fix for this issue is to simply reconnect to the server. In the console bar, enter the following command and press enter: 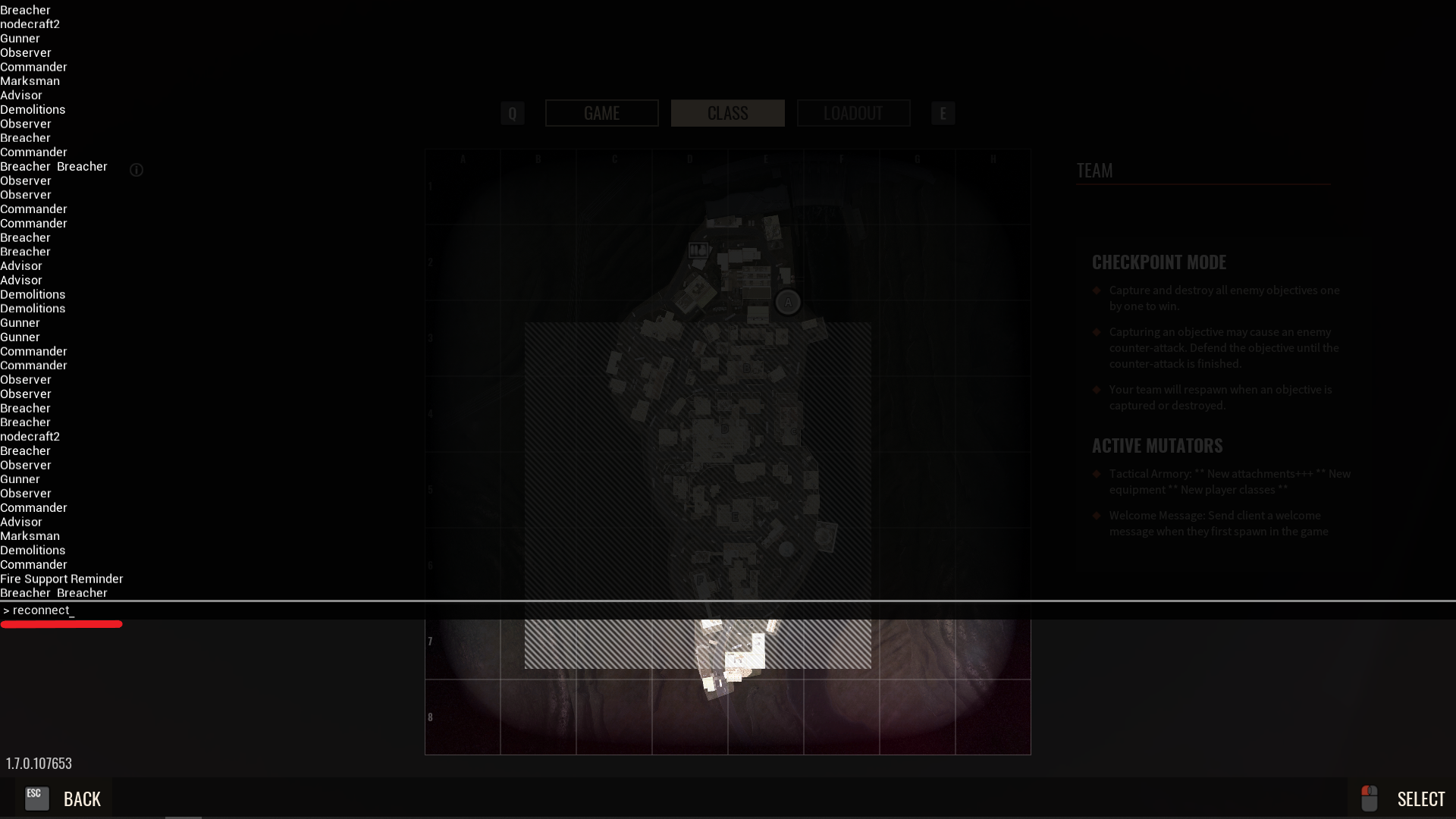 You will see a loading screen again for a short time, and when it finishes, you should see the normal class selection screen appear!

You will have lost a little time (other players who did not have the class selection screen bug out are already in the mission playing), but this is much faster than manually leaving and reconnecting to the entire server.