Adding Admins on your Don't Starve Together Server

Adding players as admins in your Don't Starve Together server is done by creating (or editing) a file called adminlist.txt.

To add a player as an admin on a Linux server (and all Nodecraft servers are Linux operating system) you will just need their "KU" ID from the Klei website.

The adminlist.txt file needs to saved in the following location: /.klei/DoNotStarveTogether/MyDediServer on a Nodecraft server.

Get the Users "KU" ID

This is an ID number assigned to each customer by the game developer Klei itself, when they create an account on Klei's website. These ID numbers are called "KU" IDs because they always begin with "KU_" followed by the actual ID "number" (which can actually be a combination of letters and numbers too).

There is a second ID number shown on their account, which is longer and made entirely of numbers. That's the player's Steam64ID number, which is not needed for making a player on a Linux Don't Starve Together server. 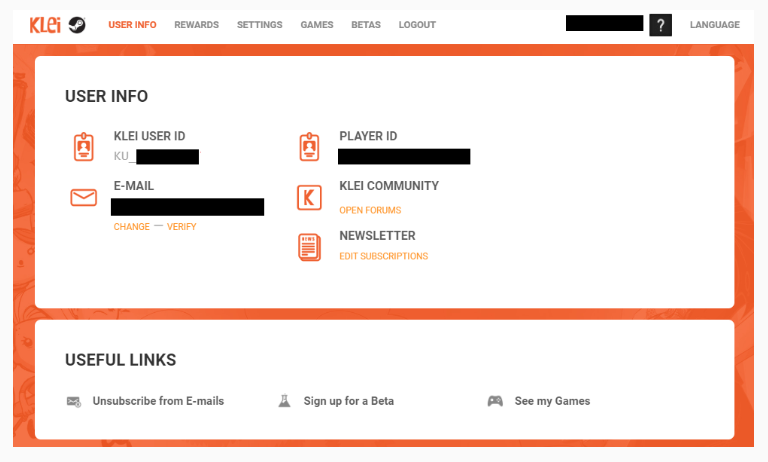 You can also get a player's "KU" ID from the chat logs on the server - simply have the player say something in chat first. These logs will be located in both the "Master" and "Caves" directories ( /.klei/DoNotStarveTogether/MyDediServer/Master or /.klei/DoNotStarveTogether/MyDediServer/Caves). The logs are called server_chat_log.txt. Select the file, and click "Edit" on the Nodecraft control panel to show the contents of the log. A player's "KU" ID should be listed in front of every message they have sent.

To create a new text file entirely on the Nodecraft control panel, simply click on the "create file" button in the file manager tab, after you have navigated to the correct directory. This opens up a text editor built into the control panel.

Make sure the file is namedadminlist.txt, by editing the dark grey text that initially says my-file-name.txt. Click on the text and you will be able to enter the file name there. Then, enter the information in the editing window below, where you see the blinking cursor bar on line 1.

When you're finished, save the changes, and the file will be created! Or alternately, you can just create the adminlist.txt file on your own home computer, using any text editor and upload it to your server.

Entering the "KU" ID into the adminlist.txt file

Inside the adminlist.txt file, add the "KU" ID for each person you want to make an admin, each on a separate line. After you've entering this information, save the changes made to the file, and exit editing.

The last step is to your restart your server! It will load the adminlist.txt file, and the player should be granted access to admin commands in the game.

If they have a grey star next to their character portraits in the player listings, they are considered admins by the game. 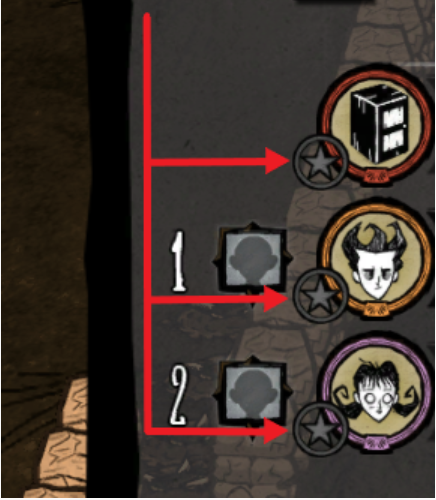 Of course, it's always a good idea to have them actually try testing out using a few admin commands just to make sure, too.

The players open the console by hitting the tilde key ~. This key is usually right above tab, and to the left of the 1 key on most keyboards. This opens up a brown bar near the bottom of the screen, and also displays a column of white text showing various bits of information about the server.

Hitting ctrl while the console is open can also toggle it between "remote" and "local" mode (depending on if you are the host of the server). You will see the words "remote" or "local" at the left end of the console bar. Some commands need to be run in local, some in remote, and the wiki has more information about which commands needs to be run in which mode.

The vast majority of the commands you will frequently use will be entered in "remote" mode, though.

Below are two simple commands that are easy to use to see if admin powers are working correctly:

A full list of all the console (admin) commands for Don't Starve Together can be found on their wiki. The wiki is constantly corrected and updated, and it's always the best, most accurate source of information.

Create your serverStart Free trial Create your Don't Starve Together Server today! Save & Swap to any other game, for no additional cost.
Chat blocked!