This guide will show you how to install the new free DLC map "Crystal Isles", on both your client and your server.

Installing the DLC Map on your Client

Crystal Isles is a DLC map, which means its not provided along with the basegame files for ARK. It must be downloaded separately and installed on your client, in order for a player to connect to a server running Crystal Isles. The Crystal Isles map is a FREE download.

The map is offered in the DLC section, along with other game expansions (such as Genesis Part 1, Extinction, Aberration, Etc).

To install the DLC Map

Click on ARK: Survival Evolved in your game library. Scroll down the main page until you see the DLC section in a small box on the right side. Click on "View DLC in Store". 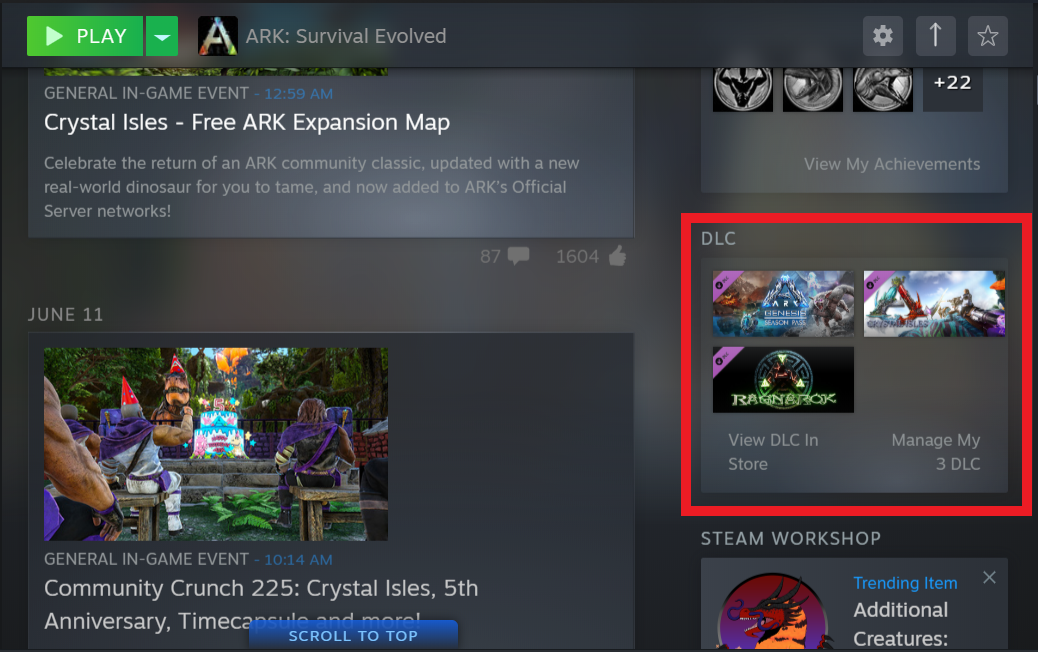 When the DLC page opens, scroll down until you see the section that looks like the screenshot below. Click on the Crystal Isles - ARK Expansion Map in the list.

When the page for the Crystal Isles Map loads, scroll down a bit until you see the "Free Download" button, and click on it (like the screenshot below).

When you click on the button, it will launch the game ARK, and begin downloading the expansion map. The Crystal Isles map is approximately 5.91 GB, so it might take a bit to download completely.

Once it's finished, you have the expansion map on your client, and now you can connect to any server running the Crystal Isles expansion map.

Setting the Crystal Isles Map on your Server

In the "Map" box, click on the small button at the far right end of the box, with the small triangular symbol on it. This will open a drop down menu which lists all the maps available for use on your server.

Save your changes at the bottom of the Game Settings section, and then the last thing is to just restart the server. When the server restarts, it will create a Crystal Isles map on your server!

Where's a good Starting Point on this Map?

South. Definitely recommend South. It is a quiet beach area with a lot of raw resources, easy to hunt animals, and no super predators. Well, except for this that just casually flew by... 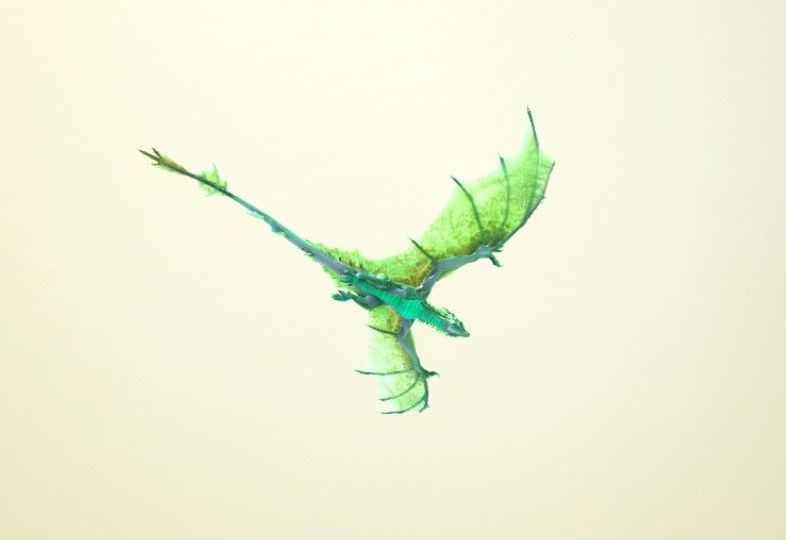 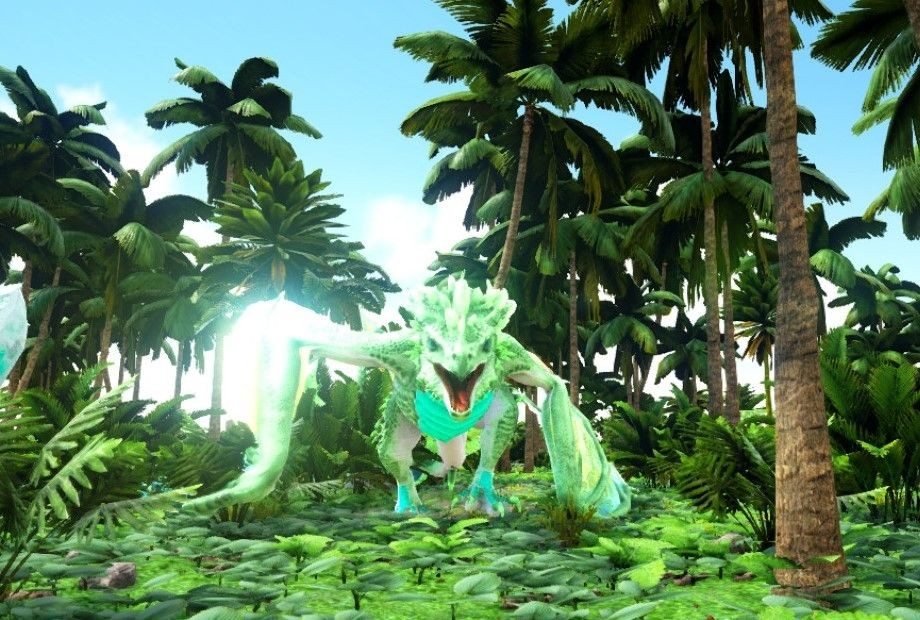 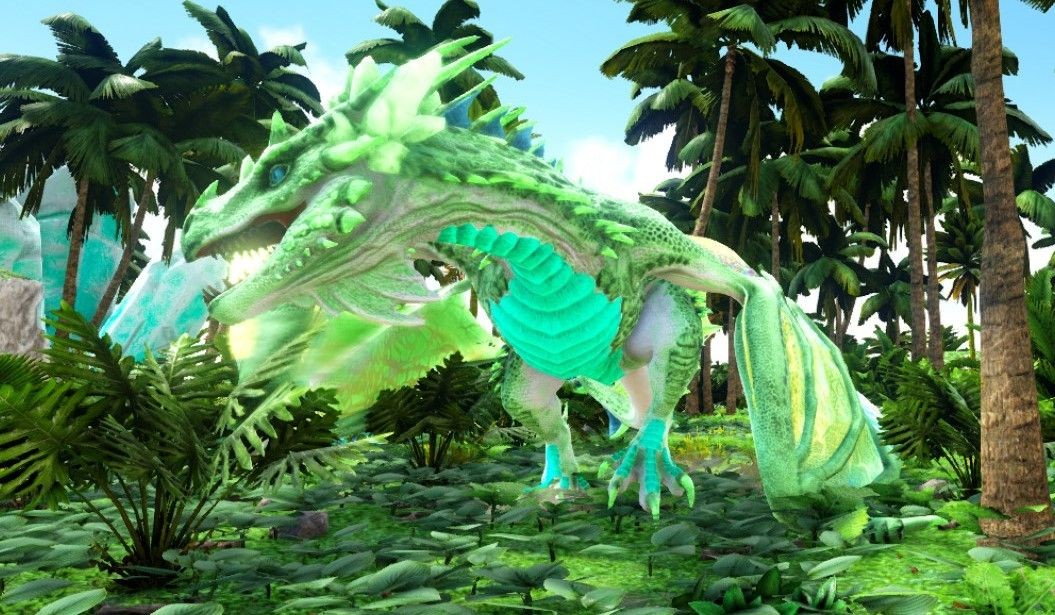 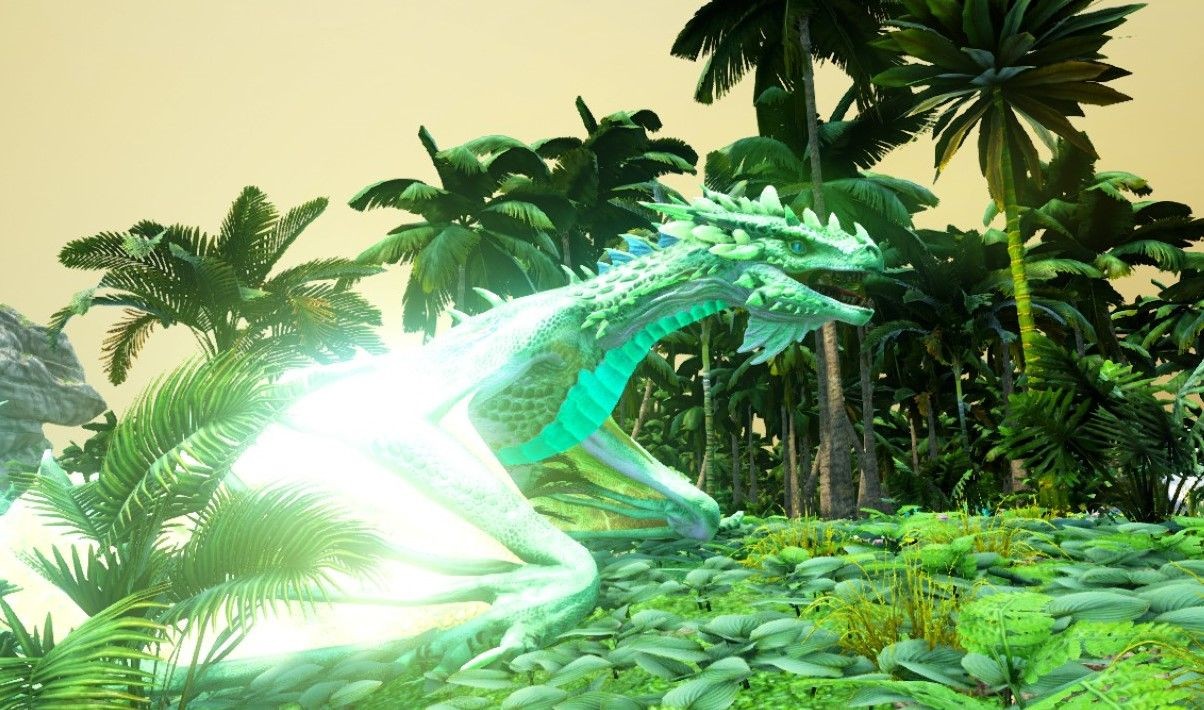 It turns out on this map, they're passive dinos. They won't attack you, unless you attack them. When the sun started to set, you could finally see all the insane detail on the scales without the sun glare... That is crazy. 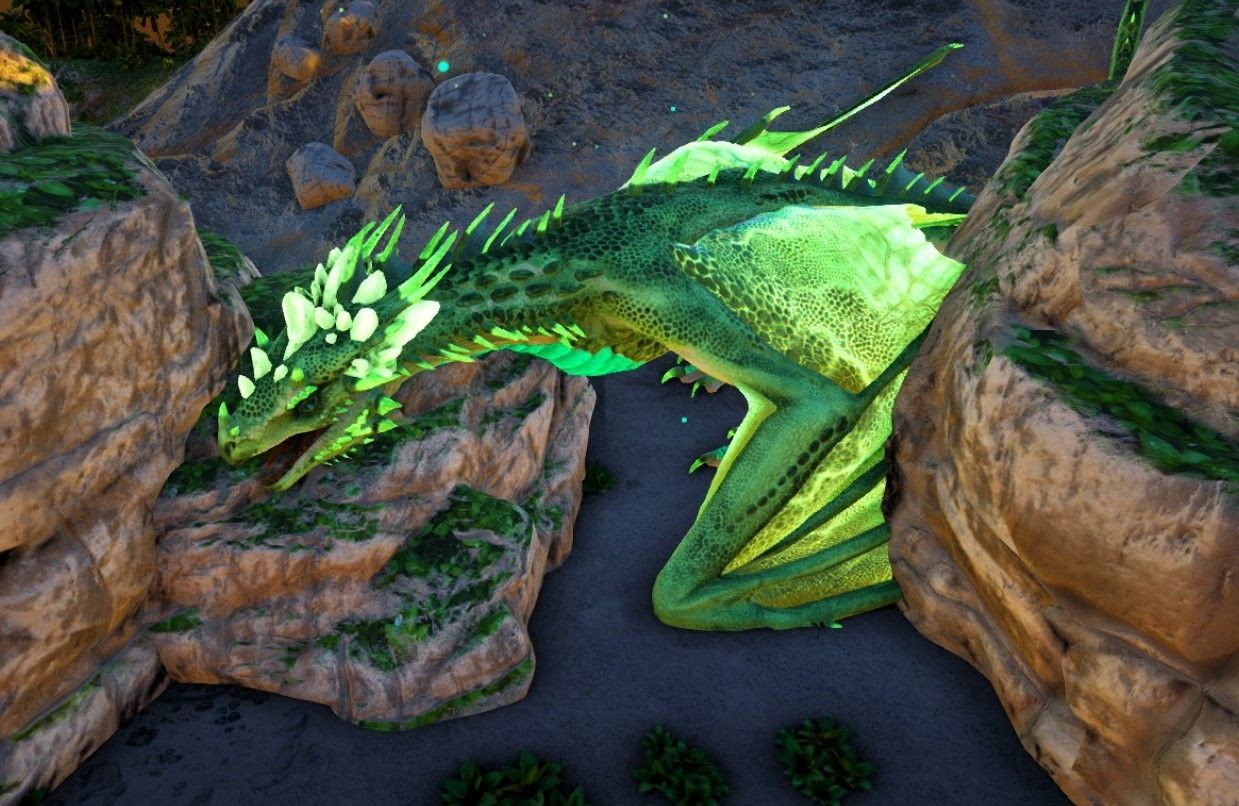 But when night finally fell, wow... Just... wow. OMG. Bee-yoot-a-ful. Hopefully you get a chance to encounter something like this during your time playing! 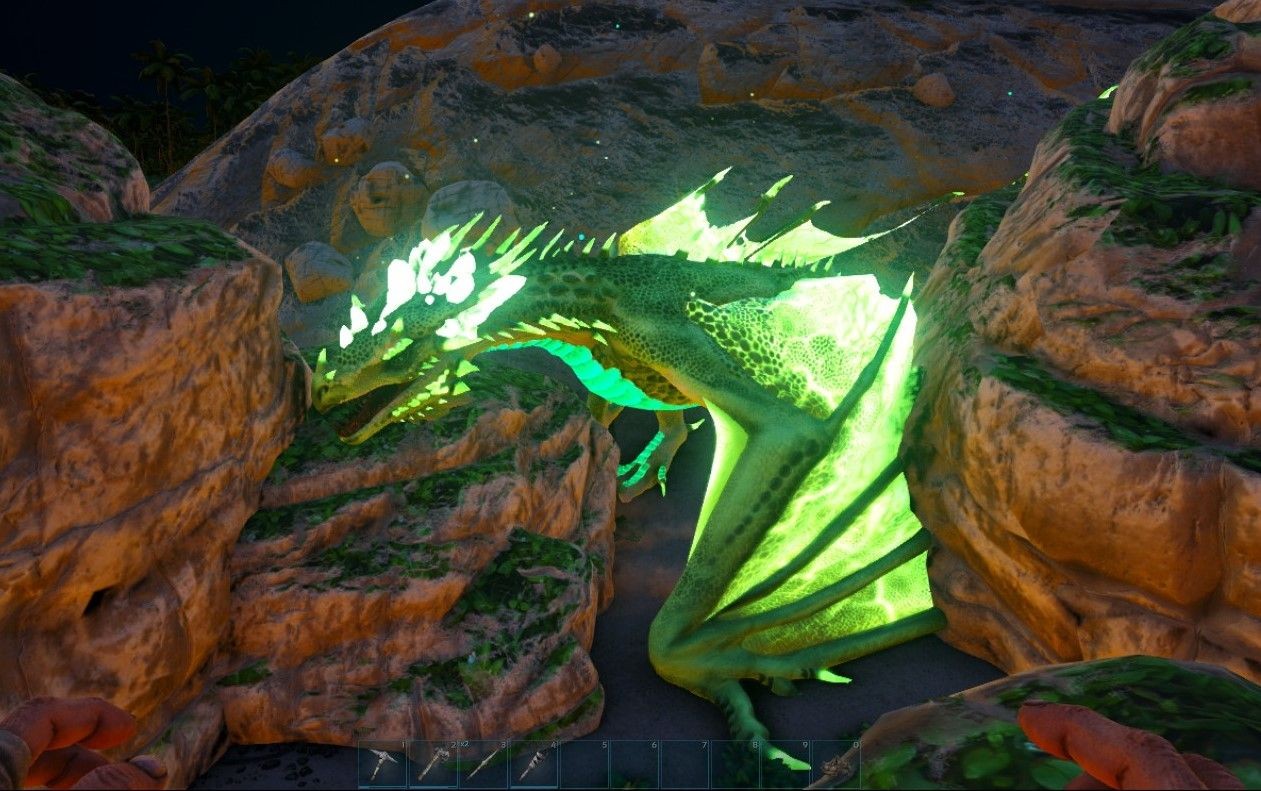