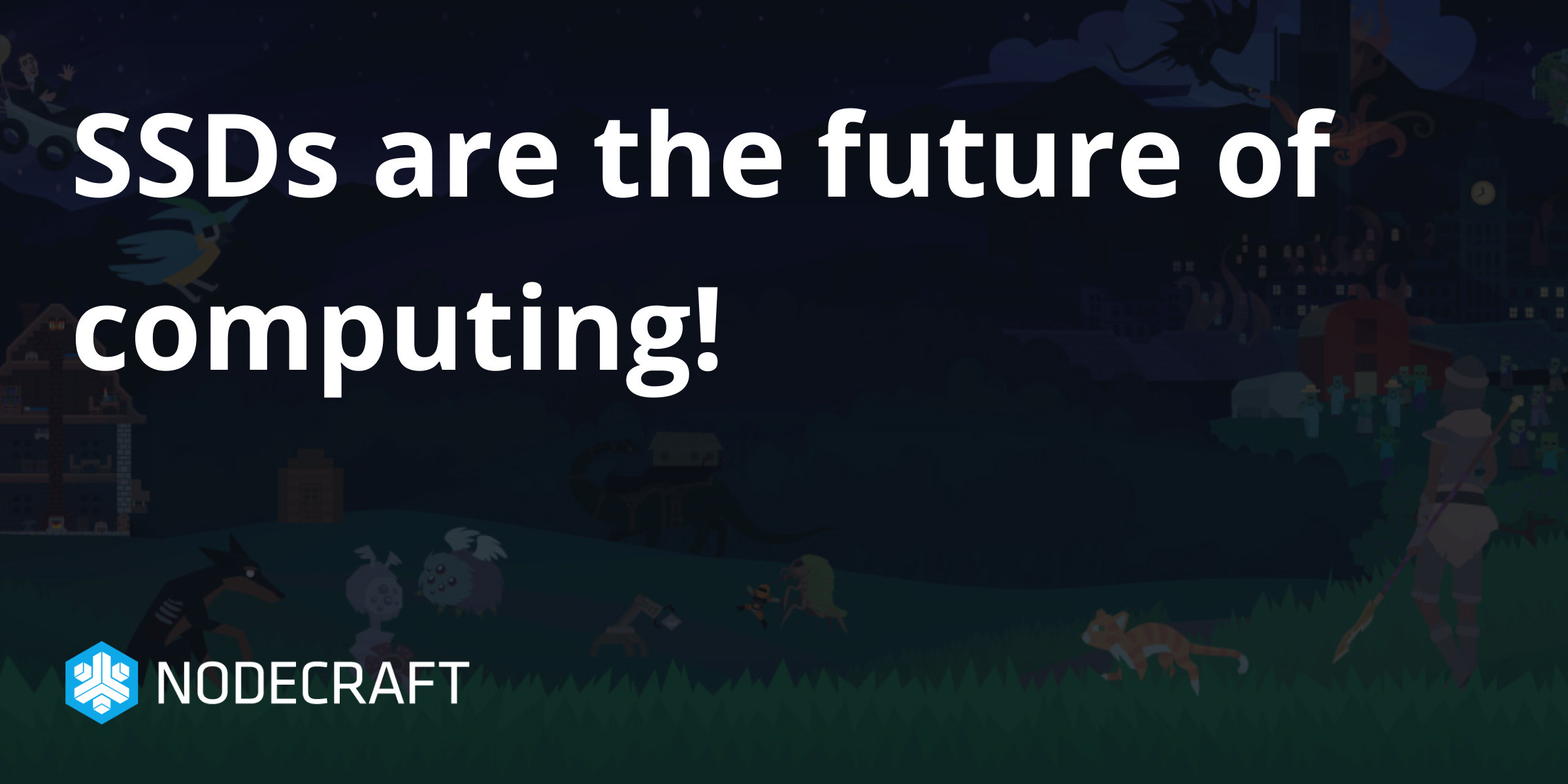 SSDs are the future of computing!

Here at NodeCraft, we are constantly striving to bring you improved performance for all of our services. As you may have read we have recently undergone some pretty cool hardware upgrades.

The most important of these upgrades is the SSD (Solid State Drives) we are using. SSDs run on much higher level performance than the standard disk based drives in most servers and computers today. After some testing in our first few months of operation we found that the Minecraft servers run so much better on SSDs and that performance couldn't be matched without them. We instantly upgraded all of our servers, didn't charge our customers, and we haven't looked back since then.

Last week we upgraded the SSD to a higher performance intel SSD and with more space (240GB of space on each server, from a tiny 40GB). Also we installed a SSD our web server which now houses all of our MySQL databases which also gave us a huge peak in performance. The MySQL databases are used by web applications, wordpress websites, and many Minecraft servers that use Bukkit plugins which means that all of those just got a performance boost. We didn't stop there though.

We setup the pagespeed mod developed by Google on an SSD which means all of our static content (images, .html files, etc) are served from a highly cached SSD rather than the HDD. Combined with Varnish Cache our webhosting platform is fast... seriously fast, not to mention the fact that our web server has a powerful i5 CPU, more RAM than we could ever use, and all on top of a 1Gbps network.

We've quickly grown from an incredibly small start-up to a small business that is setup to serve it's customers and the gaming community without seeking massive profits; each time we've gotten an upgrade we've been able to slip a discount where we've gotten discounts from our providers. We've also given free servers to Bukkit developers so that they can develop the plugins everyone loves without having to deal with a bad development environment, and we're constantly developing, envisioning and producing things to what we believe will improve the industry.

Thanks for making this possible, and here is looking towards the next few years of bringing you more.