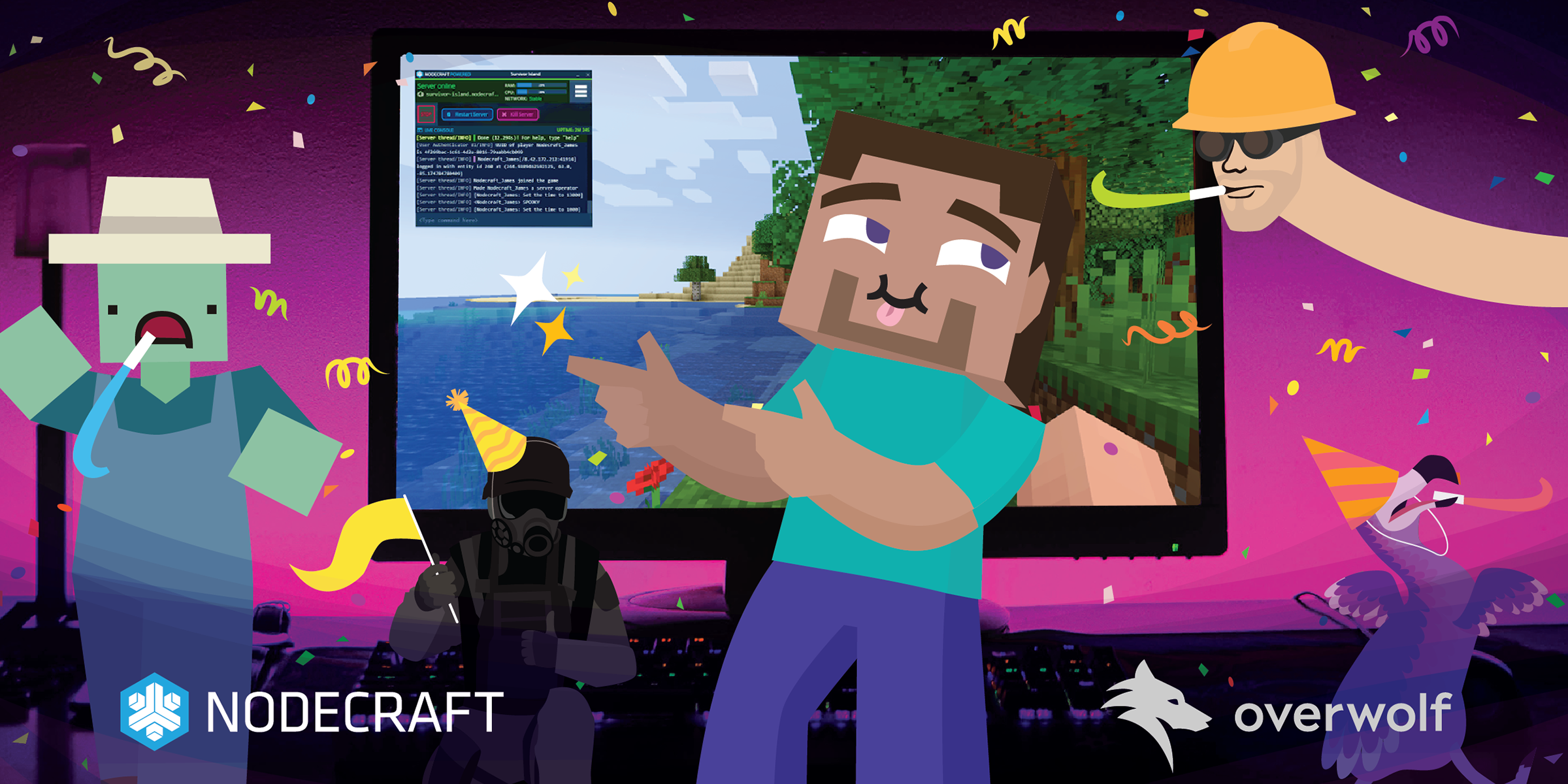 Control your server IN-GAME on Overwolf!

At Nodecraft, we pride ourselves on our ease-of-use in the complicated world of game servers. And nothing's easier than being able to control your server from within the game itself. We've been testing our Nodecraft Powered overlay on Overwolf since March, and are happy to officially announce its release! This not only brings control of your server to a more convenient place than it's ever been before... it also serves as a special sneak peek of NodePanel 3. 👀

Get the In-Game App

It's all too common to find overlays that, in truth, just hotlink you to the same old browser-based control panel, expecting you to deal with your game controls in another window. That just isn't convenient or user-friendly, and frankly is frustrating when you've already gone through the effort of downloading and installing the overlay. We custom built Nodecraft Powered to support control fully within the overlay itself: You won't be hotlinked out after setup, and the resources are fast and light to ensure you won't be slowing down your machine.

As we honed down on usability, we realized an opportunity to make use of some other UX improvements already in our pipeline. Many of the beautiful new design elements in this interface were pulled directly from our still-in-development NodePanel 3. You're going to see some sleek new gauges, new icons, new buttons and color treatments, all tailored to be more intuitive and easier to use. 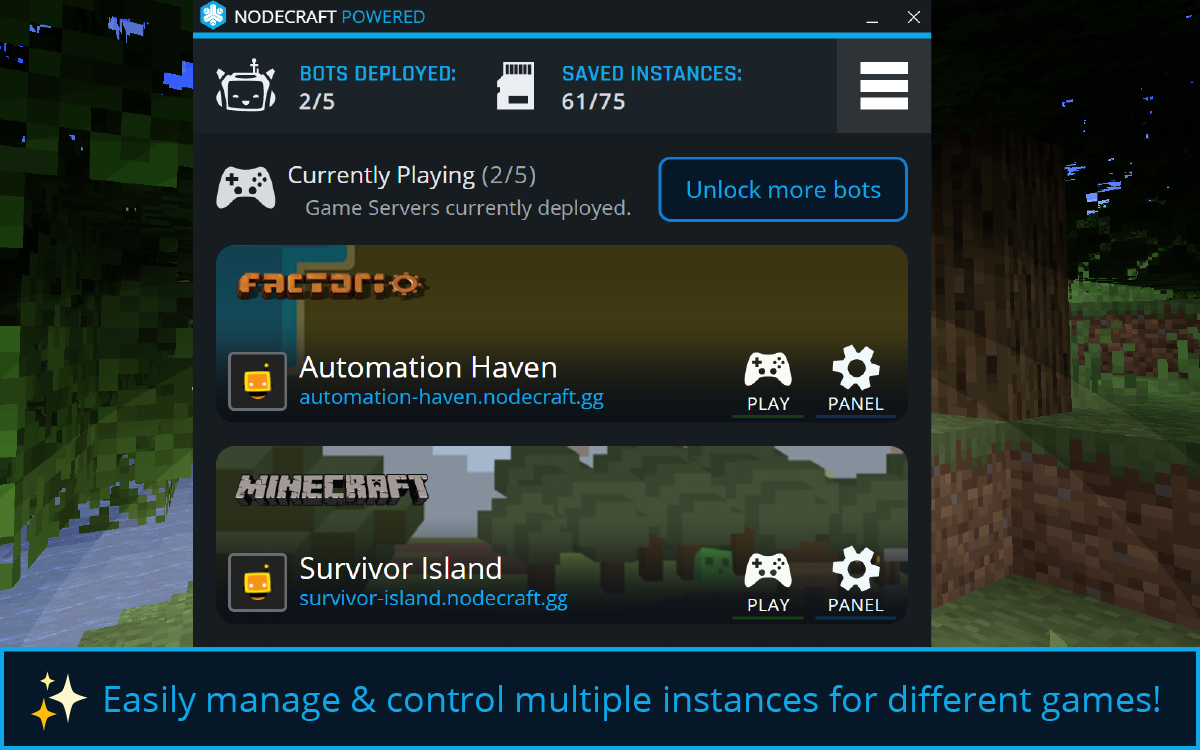 Having access to your Live Console on the overlay opens up a huge amount of potential. You can send commands to manage your server or players directly in-game, and the console itself is live-streamed to your in-game overlay with zero delay. This means if a problem arises, you can handle it quickly and easily with a simple command.

Have a basic task you want to accomplish that doesn't require the Live Console? There's a button for that. You can manage your instances, start and stop your server and more, via our friendly interface. 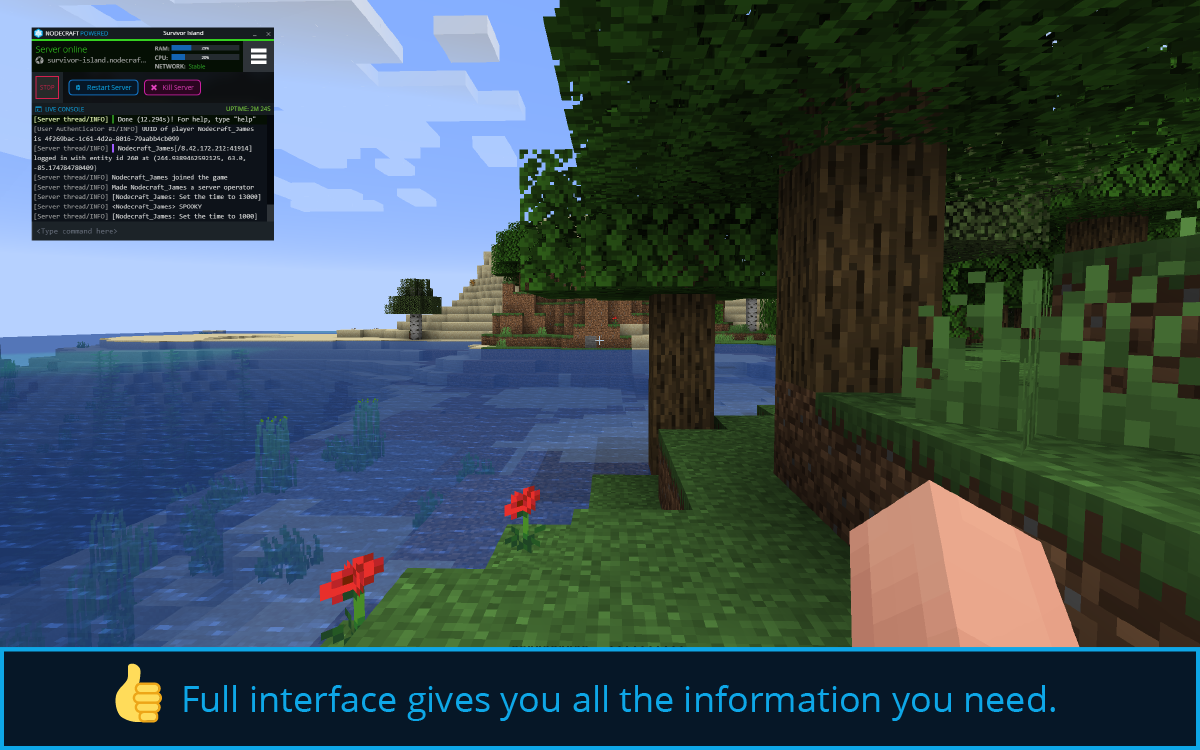 When you're finished with your task, one of the best things an overlay can do for you is just get the heck out of the way. The interface is customizable, and can minimize to tuck up and out of the way between tasks. 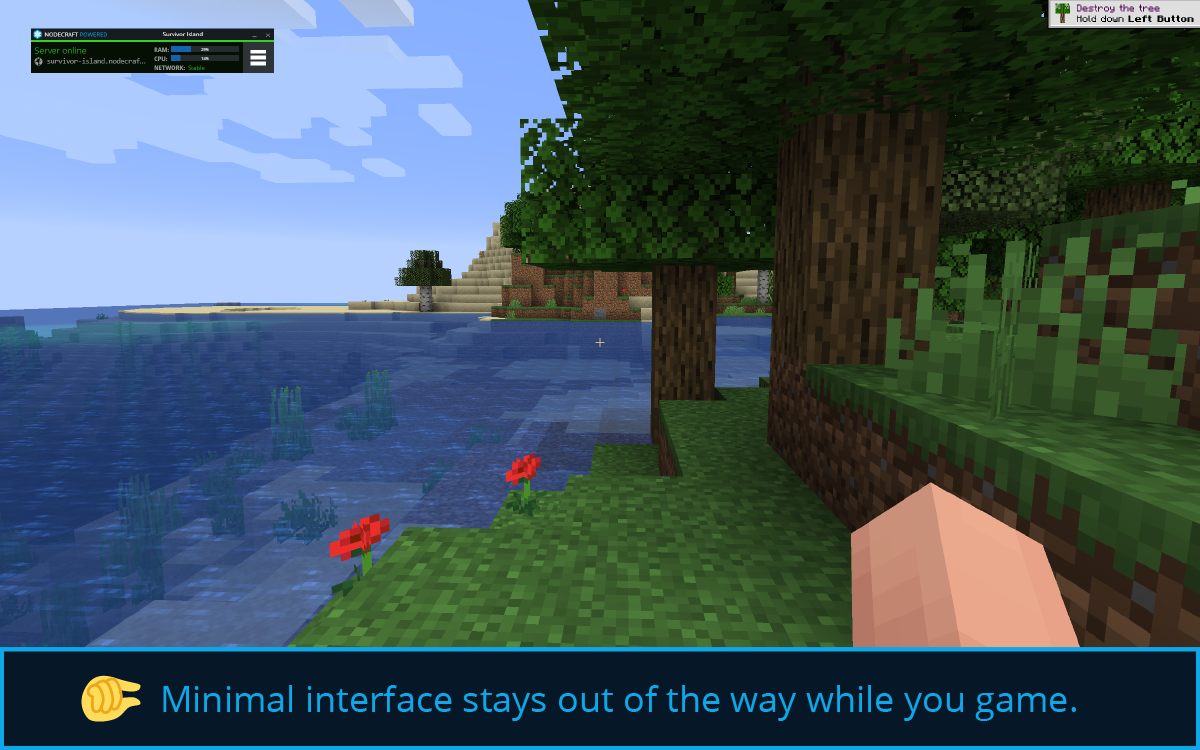 Hotkeys make starting, stopping and sending commands to your server a power-user's dream. They're fully customizable, so you can set up your commands to be exactly what you want them to be. 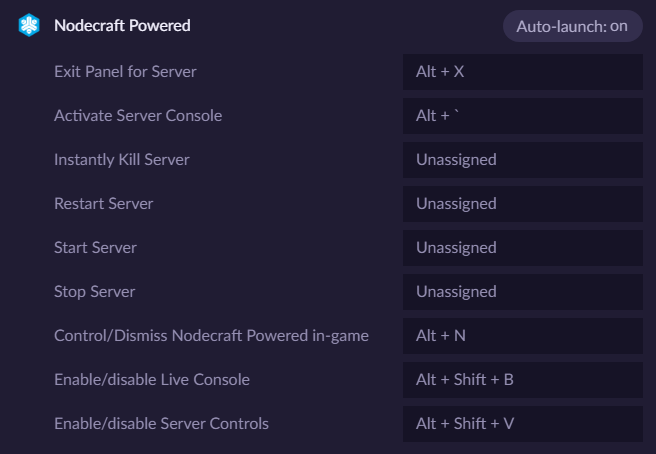 We have a ton more we want to add to Nodecraft Powered, including an interface for player management, and even uploading your single player world, making it easier than ever before to explore your single player builds with your friends.

💭 Want some more info or help?

We got you. If you want some help with setup, check out our 📺 How-To video to help you get started! Our friendly 🙋‍♂️ Customer Support team is always here to help you, too. Or, to generally discuss the update, our games, or just be part of our community, come on over to our 👾 Discord server!