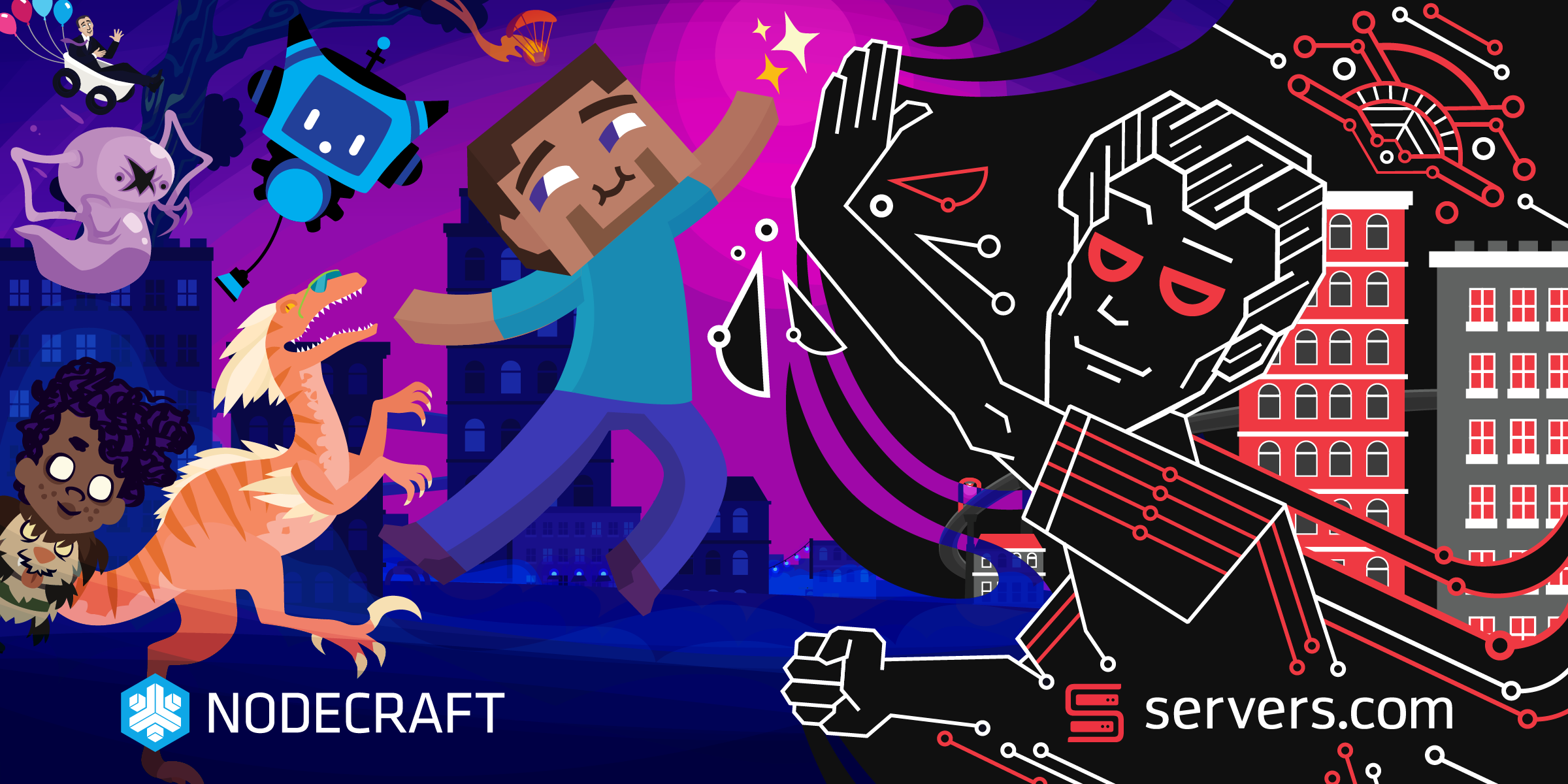 Deploying Terabytes of RAM per week with Servers.com

Gamers rely on Nodecraft to deploy servers for 30+ games and growing, in regions all around the world. More gamers choose Nodecraft because of our focus on network reliability, high performance hardware, and lag-free gaming. Server owners at Nodecraft unlocked 2x server RAM last month, at no extra cost in our promise for better online multiplayer. Deploying upgrades while maintaining the same standard of quality is a challenge, which is why our team chose to partner with Servers.com.

The most important component for a game server is the CPU. It can quickly become a bottleneck for performance, like it can for your gaming PC. Unlike a gaming rig though, selecting the right CPU is a tricky process that isn't summarized by "more expensive = more power". There are a few simple metrics, despite being more complicated in the real world (such as number of cores, threads, and their base and boost clock speeds). Today, the overwhelming majority of game servers depend on higher clock speeds for performance on each core. Realtime calculations for who rocket jumped, crafted, or 360 no-scoped another player are easier to create by Game Developers on a single threaded process, so whilst many games (and game servers) can utilize multiple cores nowadays, they're often still limited by a single thread or two that's doing most of the heavy lifting with calculations. What this means is that your CPU clocks have the most impact on performance, especially when in a shared hosting environment like Nodecraft.

To overly simplify, if you have a game server that can only utilize a single core, running it on a CPU that has 2 cores at 5GHz will almost certainly perform better than running it on a CPU that has 8 cores at 3GHz. Add too many game servers on the same physical node, and you can quickly outnumber available CPU threads resulting in less CPU performance. That's why the Nodecraft Provisioning team has always selected server CPUs with lower core-counts (4/8 cores), but significantly higher base and boost clock speeds. Nodecraft can guarantee CPU performance by then limiting the average number of active game servers to an average of 10 or less per physical node. Today that CPU for Nodecraft server owners is the Intel® Xeon® E-2174G.

Over the last 18 months, the Nodecraft provisioning team has been replacing all of our old stock of E3 based CPUs, introduced back in 2016, with the new E-2174G spec. The previous CPU specs worked well for the pre-dominantly Minecraft servers of the time, but recently with our growing game library and more modern titles, has required us to modernize our fleet's performance. As an aside, we're also now slowly transitioning to the E-2176G and E-2288G specifications, with boost clocks of 4.8GHz and 5GHz respectively, which will be rolling out in the next 18 months. 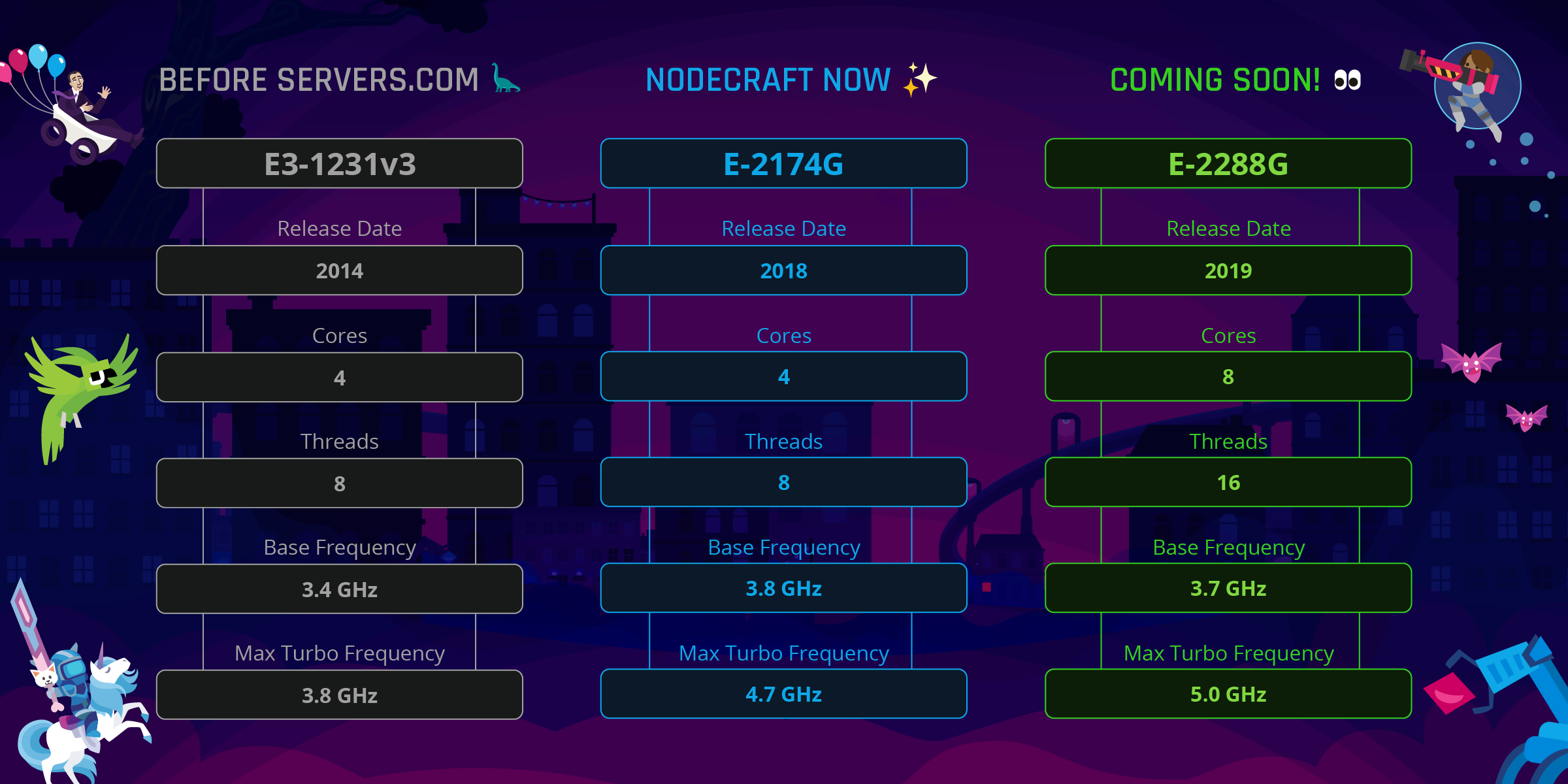 With this bump in performance, we're able to offer more demanding game titles, and continue our ever growing game library, giving gamers more and more games to play online with their friends and family. Moving to 6 and 8 core machines will give customers access to more CPU cores and threads than previously available, whilst also increasing the base and boost clocks those cores and threads are able to run at. We haven't increased the number of customers active on each of our server machines - we've only increased the RAM capacity and performance each of those customers are receiving, all at no additional cost.

Unless you operate a dedicated server from your game server host (no shared resources), you have "CPU neighbors" who's game servers are trying to fight off lag as hard as your server is. If your game server provider selects a higher CPU core count device such as any of the Intel® Xeon® E5-2600 series, they are almost certainly placing more active game servers per device than Nodecraft. This becomes a bigger problem as these devices have significantly slower clock speeds. Nodecraft guarantees its customers have access to more CPU cores and some of the highest clock speeds available in server hardware today.

⚠ What about PassMark Scores? Don't be fooled by disingenuous comparisons of PassMark scores, as they do not translate to real-world game server performance, especially with server software that is more single threaded. These scores test an entire server's capacity, with a multi-threaded and purely synthetic CPU test. Your game server will almost never have access to the entire machine or try to use all the CPUs. Providers who advertise their CPUs with a focus on PassMark scores we feel are disingenuous and only seek to mislead server owners. 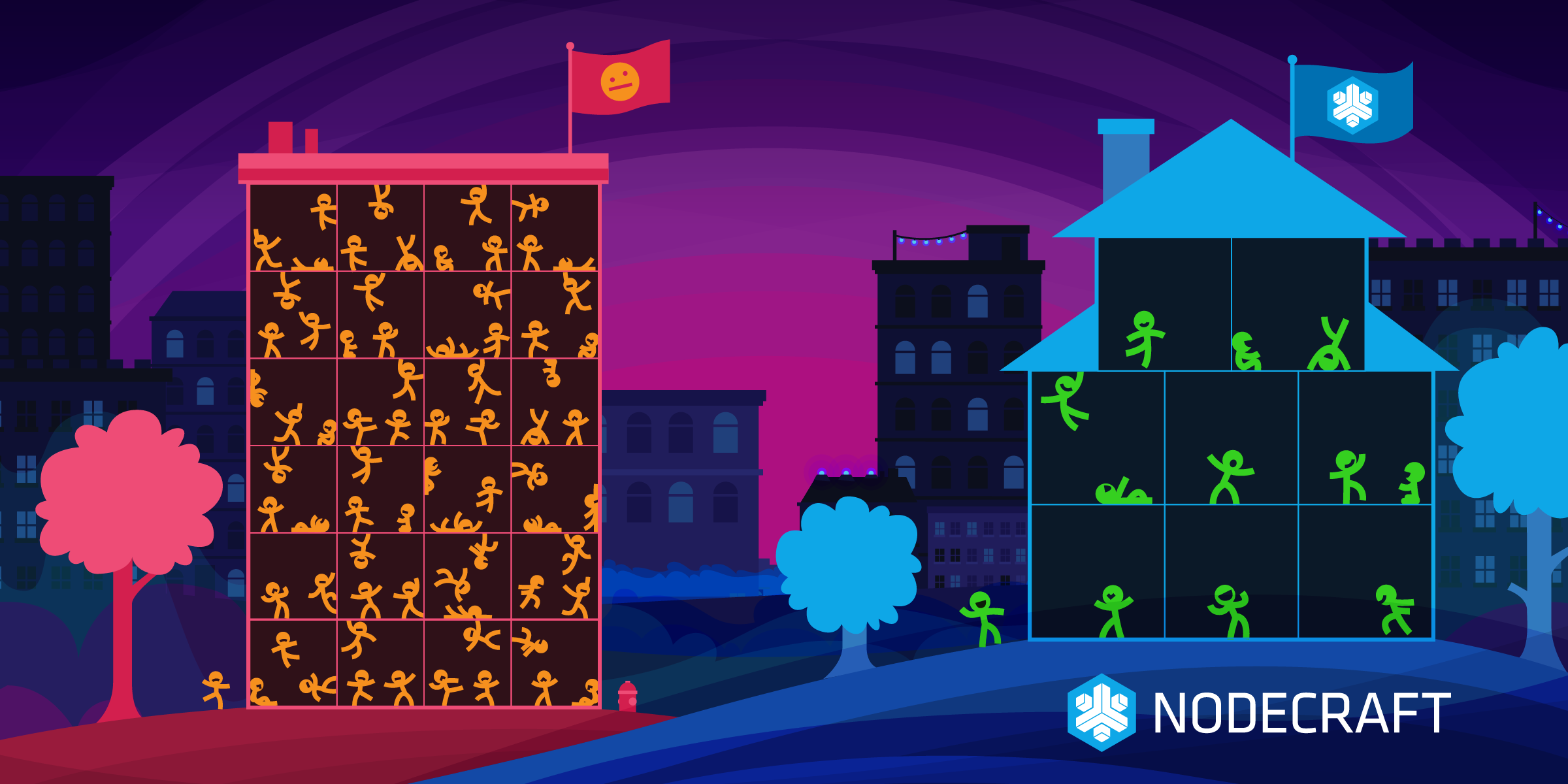 This is often known as "overselling" in our industry, and is rampant among a lot of budget providers. You might get lucky and be deployed to a server with very quiet neighbors that barely impact what you're doing, or you might get extremely unlucky and get deployed on a server with very noisy neighbors that are using so much CPU power that they're causing an indirect negative impact to your server. You can always find our latest server specifications as well as a few FAQs that cover some of these points on our server specifications page.

🚀 Upgrading TBs of RAM per week

Why did it take us 18 months to upgrade our entire fleet of servers? Upgrading hundreds of bare metal machines all around the world required a lot of thought and planning so to not impact our customers. We had to schedule times that would cause the least impact, not to mention acquire the TBs of RAM that were needed to actually perform the upgrade. For the majority of our locations, this meant scheduling it as early as possible in the morning, around 9-10AM local time to allow remote hands to be present, and our provisioning team available to monitor the upgrade process.

The Nodecraft Dev team automated the DevOps process so that it generally resulted in less than 15 minutes downtime per server, and we were able to complete a dozen servers in each physical data-center each day at the peak of the upgrades. This steady upgrade process gave all the teams involved a chance to prepare and verify the upgrades in a way that caused the least impact to all of our customers, most of which play in the afternoon or evenings anyway, so wouldn't even notice.

The upgrade went extremely smoothly, with not a single hardware related issue to report. This level of stability and support was only possible due to our close partnership with Servers.com. It's actually pretty remarkable as historically, we found that 5-10% of upgrades had issues when upgrading with previous providers, at significantly smaller scale. Servers.com was fundamental in our upgrade process and our team is so grateful that they helped us make this possible for gamers around the world.

Today, Servers.com is our largest network and hardware provider throughout Europe, the US, and other expanding regions. Over the last 18 months, we've transitioned the bulk of Nodecraft's server fleet into their data-centers, equipped with the new CPU and RAM upgrades.

Working with Servers.com has been a breath of fresh air for our team, with their team being so willing to actively engage and communicate with us over communication channels that were previously not offered by other providers. Having instant access without a phone call or requiring a support ticket is a refreshing perspective we share on modern customer support. Having direct access to both their support teams and leadership team has been invaluable to our team and the confidence that we get working with them. The transparency they offer us is unparalleled, and allows us to continue running and improving the core parts of our business, confidently leaving the hardware and network to them.

We were able to work closely with their hardware team during the entire upgrade process, to ensure minimal downtime for our customers, and to keep the upgrade process running quickly and smoothly. Provisioning new hardware with them is also so quick, with their API that allows us to add new servers to our network within just a few seconds after deployment. During COVID and the current chip shortages, sourcing server equipment has been difficult and expensive, but working with them we've been able to perform this upgrade without any delays, and we couldn't be happier with the service they've provided us, and look forward to working with them long into the future.

To tease an upcoming project, we're working on furthering our DDoS protection with them over the next quarter, to once again offer yet more value to our customers with increased DDoS protection, at no additional cost. We're able to work closely with them as these new projects are created and deployed, shaping how they're going to look long before they're ready, which provides us with continued confidence in their service, and that they share many of the core values we do when it comes to empowering and providing value to their customers.

We'd like to extend our thanks one final time to Servers.com who helped make this upgrade possible. It wouldn't have been possible without them, and we're very thankful to be working closely with them to continue growing and scaling our ever-growing business needs.